Help us to emerge from these hellish waters 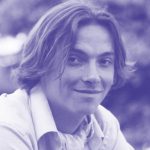 On Wednesday, 23rd February 2022, I went with friends to one of Kiyv’s cinemas to see a new film by a Ukrainian director. We had a pleasant dinner, drank a bottle of good wine, and then went to bed.

We fell asleep as successful, middle-class people with plans for months in advance. Citizens of a normal European country. On Thursday morning I planned to get up, put on a white shirt, get on a plane and fly to Vilnius to present my new book at a book fair. In short, I was living the most normal, ordinary life, just like hundreds of millions of other Europeans.

But on Thursday morning, we woke up in hell. Rockets were falling on a Kiev plunged in darkness, dogs were howling in terror, or barking as if possessed, staring at the sky. For a moment it seemed that everything was just a nightmare. The sounds of explosions coming from afar resembled the sounds of the afterlife. It’s like what happens when you are submerged underwater in a bathtub, and you hear the loud pounding of your own heart in your ears. We had the impression that the explosions were happening somewhere deep inside us. I must admit: I was scared.

Six days and six nights have passed since then, explosions and deaths have become routine and part of everyday life for us. From the most ordinary civilians, who use modern technological innovations and liked funny pictures on the Internet, we have transformed into human organisms that have one goal: to survive, to defend their loved ones, to save their home and their country. A week ago, among my friends, I was the only one who believed in the beginning of Russian aggression, but even I could not believe that they would bomb cities, that there would be street fighting in the capital of my country. Maybe I am naive, but I thought that after World War II such a war in Europe was no longer possible, that we had learned at least one lesson. I was wrong.

For this is no ordinary war, it is something much worse – a mass extermination of people is taking place in Ukraine today. In a war, two armies clash on the battlefield. Here we are dealing with a crime – Russian troops are attacking peaceful Ukrainian towns in the most despicable way. Russian soldiers are acting like terrorists: dressing up in Ukrainian uniforms, taking over Ukrainian military vehicles, fire engines and ambulances. Russian saboteurs in civilian clothes are infiltrating Ukrainian cities and instigating terror. They do not shy away from killing civilians and are trying to spread panic. Is this what a war looks like? This is terrorism. Against this background, even the Taliban appears to be a model of soldiers with morality and dignity.

Russians are appearing in our towns in the white coats of doctors, the uniforms of firemen and rescue workers; they are putting Ukrainian flags on their clothes and vehicles, planting explosives in residential areas and taking civilian’s hostage. This is not a war between two armies, but what looks like a remake of the movie Alien. Our enemies are crawling out of every corner and every crack in the floor like zombies infected with an unknown virus. This is more than a crime – it is appallingly shameful, cowardly and despicable. I always thought that army officers were incapable of such dastardliness, but it turns out that the concept of soldier’s honor has disappeared in the Russian army. The same goes for the Russians who remain silent and are not protesting against this hideous ‘war’.

In all of this horror, there is another parallel reality. The world of Ukrainians who are trying to save their human dignity and help others. Hundreds of thousands of people are fleeing the bombing, and millions of Ukrainians in other cities are uniting to take them in, feed them, keep them warm, and provide a roof over their heads. People are opening their homes to people they’ve never seen before. People are doing volunteer work from morning till night, preparing gymnasiums for refugees, sending medical supplies to frontline towns, weaving camouflage nets for soldiers.

During this terrible time, caregivers and psychologists are finding time to play with refugee children, and people are bringing them toys. All these wonderful people trying to pretend they don’t want to cry too, bring humanitarian aid and quickly return to their cars to vent their emotions there. We don’t allow ourselves to cry, because we have to hold each other up and give each other encouragement. And yet everyone wants to cry – with tenderness and anger. To cry for a past life that just six days ago was normal, but will never be again.

At these moments, when Russians are shelling dozens of small towns and large Ukrainian cities, the president of my country is asking the EU to recognise Ukraine’s membership prospects. I did not vote for Zelensky. I have to emphasise this, because what we are fighting for is not simply a fight for Ukraine. It’s a fight for Europe. We are fighting for democracy, for the right to choice and self-determination for the state, for human rights and human dignity. We have different political views, we speak different languages, we pray or consider ourselves agnostic, we read different books and listen to different music, but today we are united and ready to die for the right to diversity. Because it is the very foundation of Europe, the very foundation of respect for all – so different, yet equally wonderful – people. Russia wants to destroy Ukraine simply because we are not like them, because we have our own vision of our future.

That is why I support President Zelensky with all my strength and appeal to all people of good will in Europe: recognise our right to future membership in the EU, send us a sign of support. Later – after the war – we will agree on the conditions and procedures, but now we need only one thing: in this terrible darkness, your lantern will shine a ray of light that will become a signpost for me. Because hope has become the most scarce thing today. It is hope that gives us strength and courage. Give us this hope, show us that we are not alone.

It took me an hour to write this text – it was a wonderful hour because I didn’t read the news about the bombings and the fatalities. All I can do today is write. I’m a writer, this is my job, although I’m ashamed to talk about it under such conditions. They are trying to drive us back into the caves, to push us back to the Stone Age. No literature or writing is needed there. It’s a battle between modernity and the dark past; the war of 2022 and the zombies who have decided to ruin our lives for no reason.

It’s the sixth day of the war. The sixth day, it feels like we have all submerged ourselves in water and are listening to the loud beating of our hearts. In reality, it is the thunder of explosions in our, until recently, peaceful cities. Help us to emerge from these hellish waters. Don’t let us drown.

Original article was written for culture.pl

Andriy Lyubka (1987) — Ukrainian poet, writer and essayist. He graduated from Mukachevo Military School, Ukrainian philology at Uzhgorod University and Balkan studies at the University of Warsaw.

The winner of the prizes «Debut» (2007), «Kyiv Laurels» (2011), recently he received literary award of Kovalev Foundation (USA) and became a laureate of Shevelov Prize for the best book of essays of 2017 in Ukraine. He is the member of Ukrainian PEN. He is also the translator from Polish, Croatian, Serbian, English and the curator of two international poetry festivals.