To Translate the War 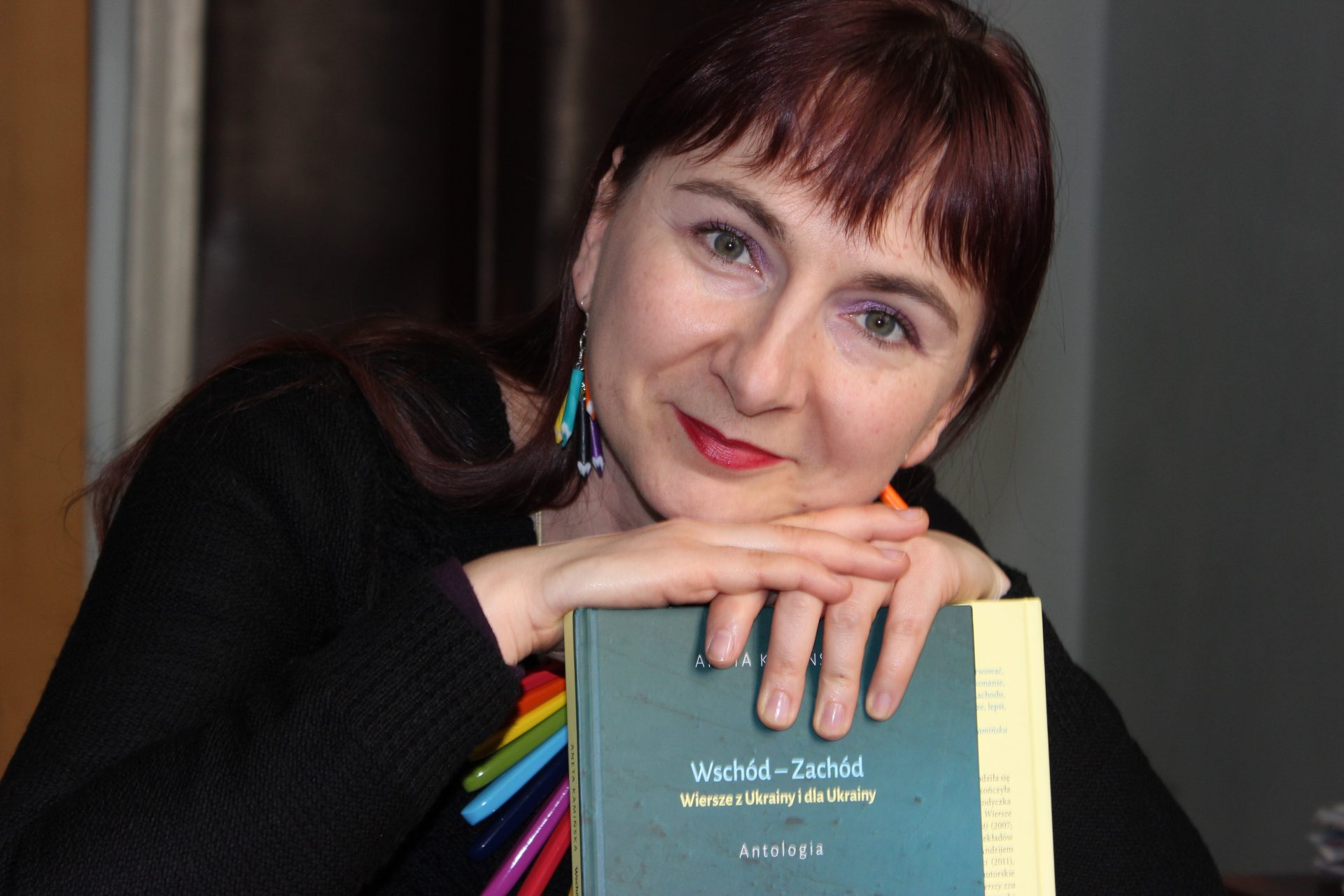 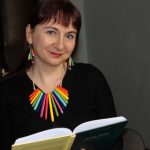 The June issue of Indian magazine VerseVille, published in Kolkata, was completely dedicated to Ukrainian poetry of wartime. Iryna Vikyrchak, Ukrainian poetess and culture manager, director and curator of literature festivals, became a guest editor of the issue. At her invitation, Ukrainian poet Ostap Slivynsky wrote an essay on the way poetry functions in times of war, why we need it and its role in current circumstances, and Aneta Kaminska, Polish poetess and promoter of Ukrainian poetry, shared her experience in translating the poetry of such turbulent times. CHYTOMO was a partner of the project.

When this broke out, and it was not February 24, 2022, but March 1, 2014, I was going through a massive creative crisis. It seemed to me that literature is helpless in such a situation—how can reading some poetry in Warsaw help when there were people being killed on the Maidan in Kyiv, when Crimea was being illegally occupied and the Russian army was invading Donbas? Back then, I could neither write nor translate poetry — I just didn’t see what the point was of doing it. Finally, I was able to overcome this crisis because of the repeated signals: that someone is reading my translations; that the anthology “The Orange Parts” is circulating and fulfilling its function; that it is helping Poles understand Ukraine better by demonstrating the diversity of Ukrainian poetry; and that in the same year, I published an anthology “East-West,” dedicated to the Maidan Revolution and the beginning of the war in Donbass.

When on February 24, 2022, the war broke out for the second time, with more force and destruction, the most shocking realisation for me was that I was well-prepared as a translator because all these poems, which I have been translating since 2014, are painfully relevant now. On the first day, after many hours of classes and conversations with my students, I put together in one file all the thematic texts and sent them to a few editors and radio producers. I am not sure if I came up with this idea myself, but the next morning my phone never stopped ringing; I kept receiving notifications non-stop on Facebook and Messenger; everyone wanted the same thing: the translations. During the first couple of weeks, I was working like a machine, automatically, not completely aware of what was going on. I was translating new poems, which began to appear on social media and which I was sending to everyone willing to read them, sing them, record and re-live them – at home, in schools, at concerts, and at demonstrations supporting Ukraine. I didn’t even have a minute to consider whether it made sense, let alone experience any crisis. If ten-twenty people reached out to me for the translations daily, it must have been the best proof that my work made sense. On a daily basis, I witnessed that the poems live, circulate, and work in favour of Ukraine—by helping to cope with emotions, rendering information, and raising money. Someone from the university told me that they were going to use them in the discussion with their students. Someone else was organising a charity event, and the others were preparing a poetry evening, a children’s theatre at school, and reading and recording at home. I guess the most touching part was that they asked for the original versions as well, because “at school, there are also Ukrainian kids,” or because “there are women who just arrived from Ukraine,” or “the Ukrainian poets are there.” For all these events in the most different corners of Poland, they made sure to invite the new guests, to help them feel at home, to involve them in the activities of local communities, and to make them read something in their mother tongue. Or maybe the most touching was the fact that so many people started suddenly to learn Ukrainian, at least some words of a greeting.

Everything is touching, so every smallest moment I have, I dedicate to making translations and searching for those originals from a few years ago – and this is my form of fighting, of supporting Ukraine, being with my friends and acquaintances, with all the poetesses and poets, for whom I translate and for whom I am trembling now. Because I can see that it is also important for them. Thanks to social media, my friends in Ukraine know we are with them. We are supporting them and heartily welcoming them as our guests. Sometimes I receive thank you notes from Ukraine for the “sacrificial work”. But I don’t have a feeling that this work is sacrificial (though of course I barely sleep and eat because I am translating all the time), especially in comparison to what they are doing. I wish I could end that war; stop the missiles, mortars, and shotguns; rewind the death and distraction; I respond; but since it is not in my power to do it, I am doing what I can do, at least this.

In some senses, it is also my answer to the discussion regarding “the great Russian culture”: I don’t have time for this, because I am translating the great Ukrainian literature, which is being created just in front of our eyes, in the trenches, bomb shelters, basements, evacuation trains, and during the forced emigration. There is no greater poetry than that at the moment.

Actually, I could be translating any poem because each text adds up to the popularisation of Ukrainian literature. However, I, a pacifist, have consequently been translating fresh poems on war. This seems the most important to me since all of us feel that we lack words to describe what we are witnessing and what we are experiencing. The poetesses and the poets also feel the same, but at least some of them manage to find the words and share them. I believe it is a priority right now—to find the words and images to help cope with the emotions, to organise in one’s head the current events (as if it were possible), to find a new balance and strength—and this is the only way to help.

Personally, I also manage my own emotions by writing; poems come pouring out of me, although only on weekends when I finally have a moment to reflect on it all and spend some time with myself. These poems are unexpectedly much simpler than those I have been writing before, much less poetic, but obviously, this is my response to the critical situation. Some of them are dramatic, much more dramatic than the ones from Ukraine, and maybe not everyone will be eager to read them. The task I set for myself was to observe, note, and be vigilant. May all inhuman atrocities be detailed and remembered so that we never forget, justify, or relativize them. Many of the poems are my notes from conversations with people I know and with colleagues from work because the topic of war never leaves our lips. They are also poetically digested posts from Facebook. A kind of eavesdrop, read-over-the-shoulder, nearly encountered by accident, poems.

I don’t have any more doubts that writing and translating are important tasks. One might say it is an informational fight against the war, the other might say it is a kind of therapy – and both of them would be right. For me, it is first and foremost a way to be with Ukraine, to be Ukraine, and – at least partially – to translate, postpone, and push the war away.

Translated from Polish by Iryna Vikyrchak

Aneta Kamińska is a Polish poet and a translator of Ukrainian poetry into Polish. She has published seven volumes of her own poetry, of which the most recent one is teraz zaraz (2022). She has also published translations of several Ukrainian poets, including Nazar Honchar, Halyna Tkachuk, Lyubov Yakymchuk, Julia Stakhivska, Vasyl Holoborodko, Emma Andiyevska, Kateryna Kalytko, as well as three anthologies of Ukrainian poetry in Polish.

Born on May 27 1976 in Szczebrzeszyn in Poland, spent her youth years in Zamość, currently lives in Warsaw. She graduated from the Department of Polish Studies of the Warsaw University. Works as a methodology supervisor and teacher of the Polish language for foreigners. She is a member of the Literary Translators Association.

​Iryna Vikyrchak (1988) is a Ukrainian poetess, writer and culture manager. She has directed and curated numerous literary festivals and events in Ukraine and Europe. She worked as head of the National Desk of Creative Europe in Ukraine (2016-2017) and as an assistant to the Nobel Prize Laureate Olga Tokarczuk (2019-2021). She is the author of three poetry collections, the latest being Algometria, published in Kyiv in 2021. She is a member of PEN-Ukraine and a PhD student of the Wroclaw University in Poland.