We take a shortcut from love to hatred: the newest Ukrainian war poems 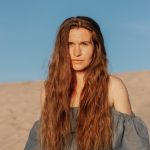 The war endures, so endures retelling the war in the poetry of different authors: debuted and professionals, veterans and civil people, volunteers and relocated people, witnesses and distanced people. We collect poetry from them for our new publication of lines-experiences. It’s easier now that the war has finally started.

‘Less than 24 hours before the start of the war’

Once upon a time, between love and hatred,

We had some houses standing and a forest growing.

Now, the forest is in splinters, and the houses burnt.

Now, we take a shortcut from love to hatred.

Everything is so bright and clear that some failed to squint

And had to lie down, blinded, in the orchards, at the outskirts of our cities.

While those who endured have their lips glued together, as if with honey.

All they can say are the words of love and hatred.

we are the messengers of flat Earth, our only dictionary

is the dictionary of antonyms.

Apologies to those of you who expected a more nuanced approach, who arrived here

to snap some colour photos.

You will waste your efforts, just like we wasted

our wreaths of hopes, our years of gathering stones, our talks

Sorry. Here is our X-ray. It shows

flesh and bones. That’s all we have. 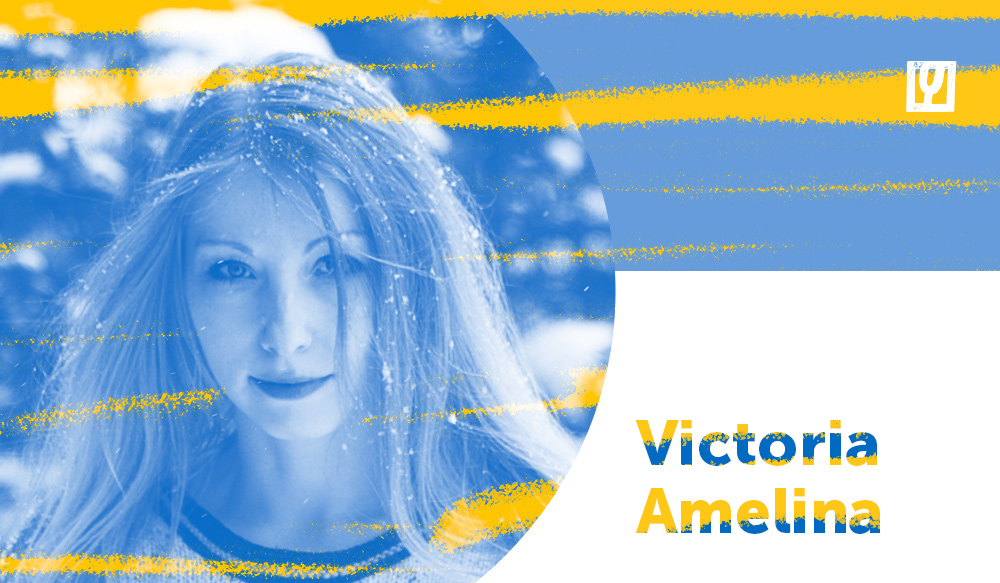 Air-raid sirens across the country

But only one person gets targeted

Usually the one at the edge

This time not you; all clear 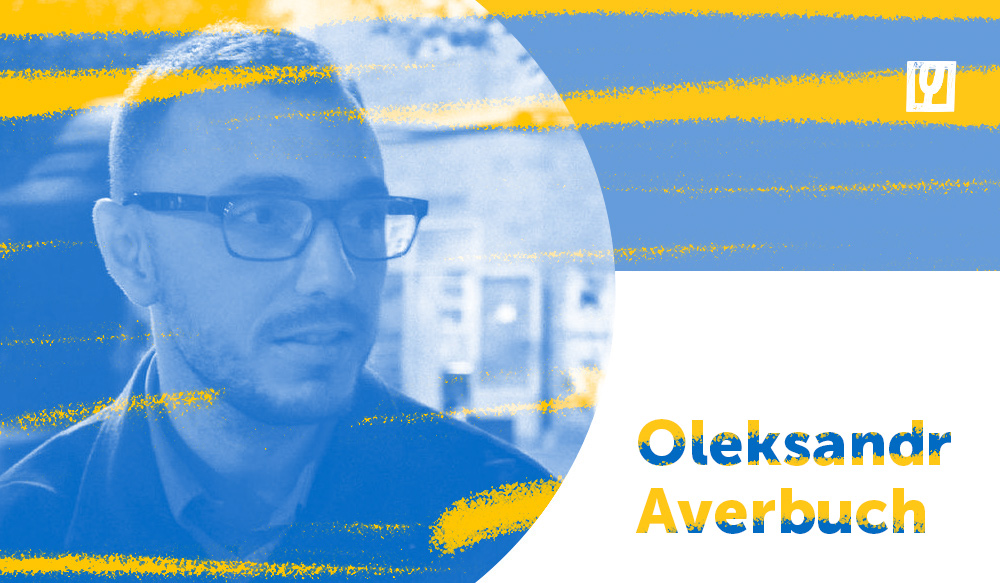 how to survive what has already happened

and at every moment

pulls irresistibly towards itself

yet you evade it

hide your hands behind your back

turning away your face

as if not recognizing

but as soon as it looms in the distance

dragging you into this tinted yellow flow

which remembers with its every bubble

the calm and colorless waters

deprived of the strength to flounder

you grow faint from pain

able to see them all so clearly

that only a muted line

Translated from the Ukrainian by Oksana Maksymchuk and Max Rosochinsky 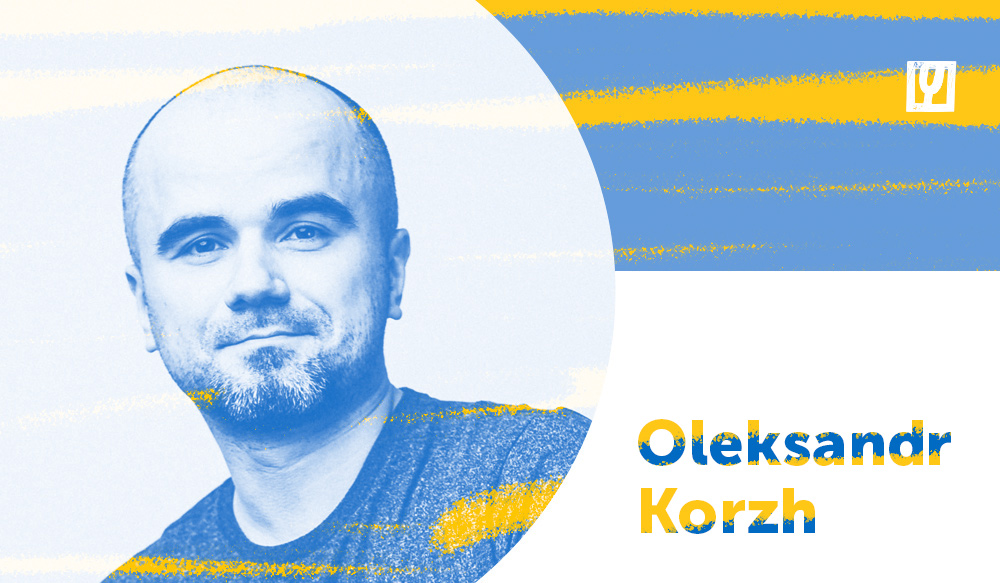 Out all the fire 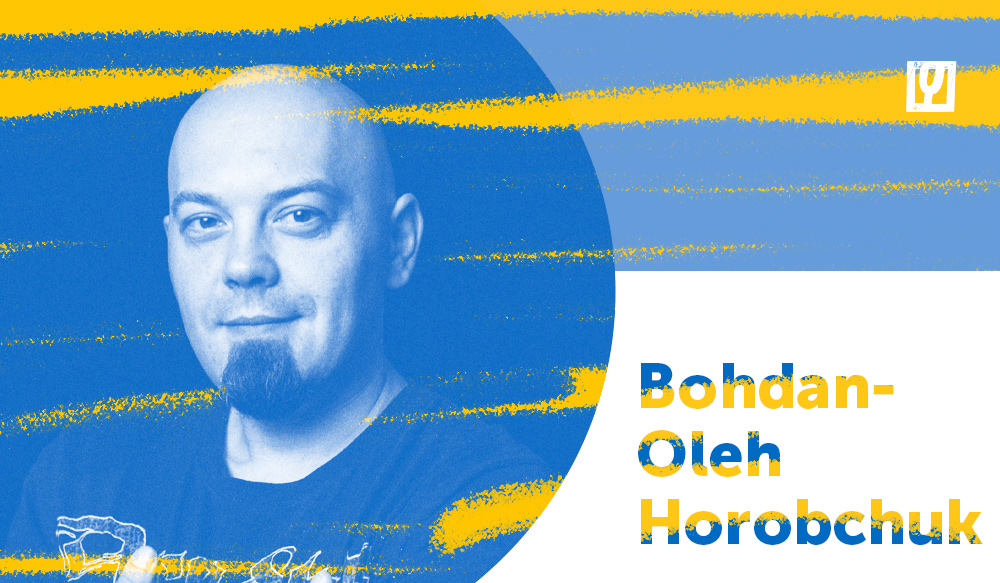 the world goes around tied hands

how to forgive the snow its whiteness

that was stolen from the fabric tied up around the wrists

the time is whole and solid

cut it – and it will bleed

silence is the song of the tortured

with circular trenches full of bodies

and craters over which stumbles the needle of attention

are waiting for burial

bends down from crying 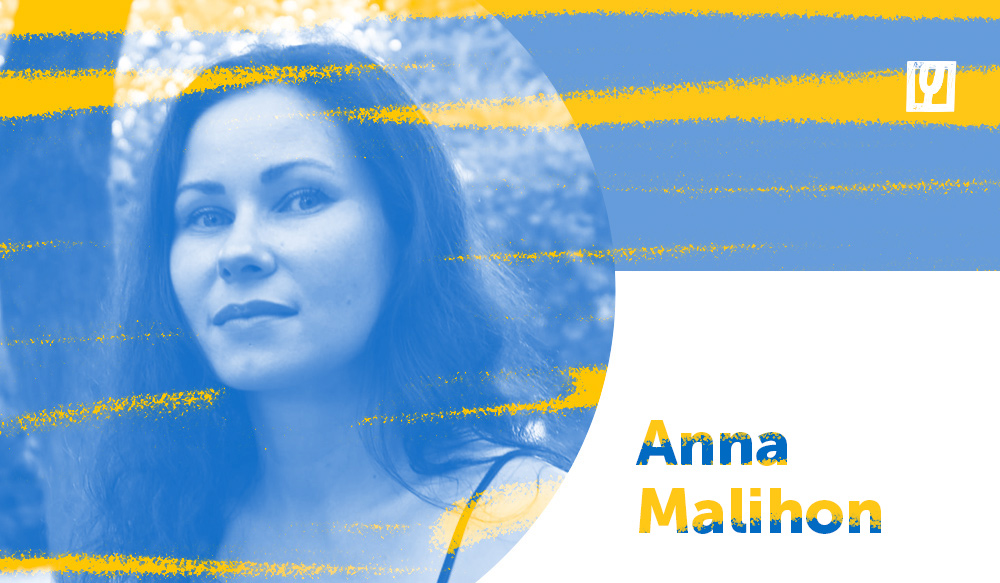 A bird flew through the green corridor

carrying a few foreign words in its beak

a few twigs for a new nest

The seven-year-old girl calmed the cat:

Keep quiet, my kitty, eat what you can;

we’ll be back in a week

…Somebody bit through the bag with onions

the cat’s silence is terrifying

The eastern banshee asks the western one: How do you feed yourself?

You have coffee-shops and street music there

and children sleep in pyjamas –

Three were trying to flee but no one succeeded –

out of her dead ears.

Madonna with her head bandaged

feeds her son from a bottle

The milk has dried up, but she’s alive

At the fire, the ghost of a dog sniffs

the dog’s name is Anubis

the owners couldn’t take it with them

I wear somebody else’s prickly dress

I close my eyes with the stumps of my hands

I don’t want to see

a triumph of Russian weaponry

at least the students were evacuated

before the shelling began

nobody would have survived

in the geography classroom

a ripped up map of the world

hangs down in shreds

thrown on the floor:

modern history with a ripped-out heart 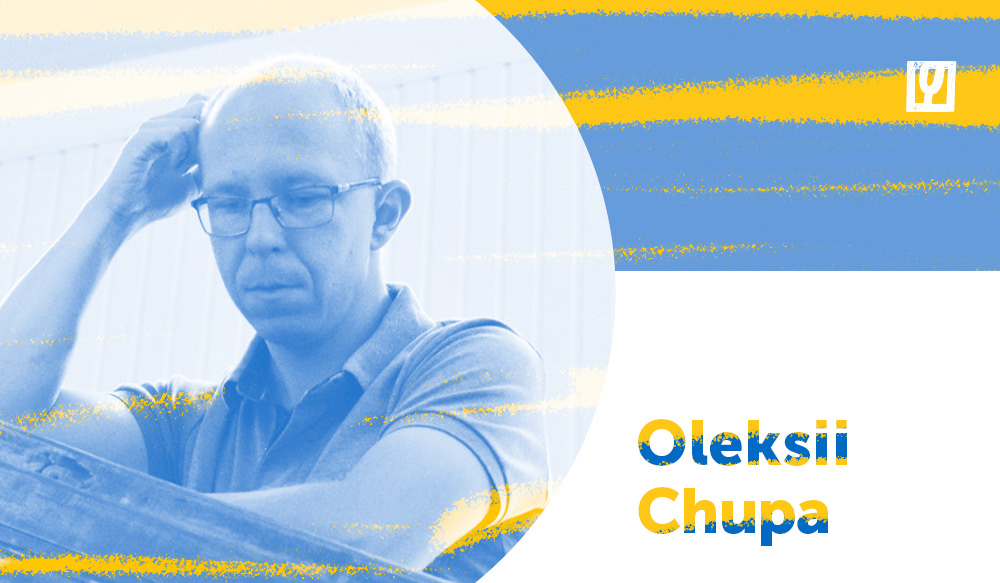 Here are the quiet cities, to the cages of which they carry you over,

along with your memory and debts,

tearing you away from crowds of friends and stacks of books

and soothing you with words,

so trivial that it’s even disgusting.

They say, you will overwinter and then we will see,

maybe you will overspring as well,

and then autumn will come,

and you will refuse to go anywhere else,

staying here with us,

trying streets and squares on

for your rickety walk

you will go to work, sleepless and unconscious,

you will fearfully look around

to every stranger voice and movement.

That’s the way it is going to be. No options, definitely.

Anyway, you are not the first.

Here are the quiet women, whose gentle hands embrace you as if you were

a reward or a trophy, which is always scarce,

they waste thousands of lullabies

and hundreds of passionate prayers on you,

but if, being under their wing,

you don’t change a bit,

and you become overgrown with pain and experience, like trees with moss,

and become covered with cracks like glass that was hit hard — one fears just to touch it,

then they start loving you hopelessly and humbly,

just for the silence of your sleep and your presence.

Here are the men. They’ve taken the bullet for you since you were a child,

they teach you to love and stand your ground,

they lead you, dissecting storms,

lead through thorns and smoke,

thanking the high and tired heavens for you.

Ever since you can remember, they’ve always been there.

And you learn all the worst from them yourself.

Here are the quiet cemeteries — all that remain after our restlessness.

and one can barely hear the living telling about their lives to the dead,

such nonsense is told that the dead become afraid. 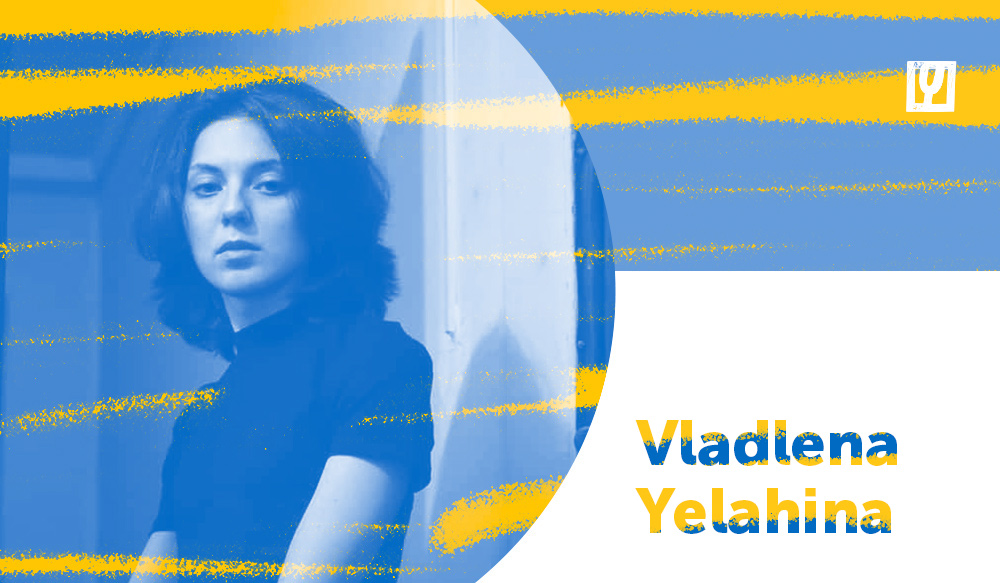 where you were talked into birth by your most ancient elder

there it will be — your love’s kernel

where you will stand faithfully, clenching your teeth into paleness

at last you will see your love’s kernel

when moving your mouth, the earth with the groan of the beast will declare

now put all your faith in

everything that remained from your love in the kernel

for your thirst there are lakes, melting mud and ice cracking

and you, in the middle of pain, have strained yourself fully

having vanquished the horde once again 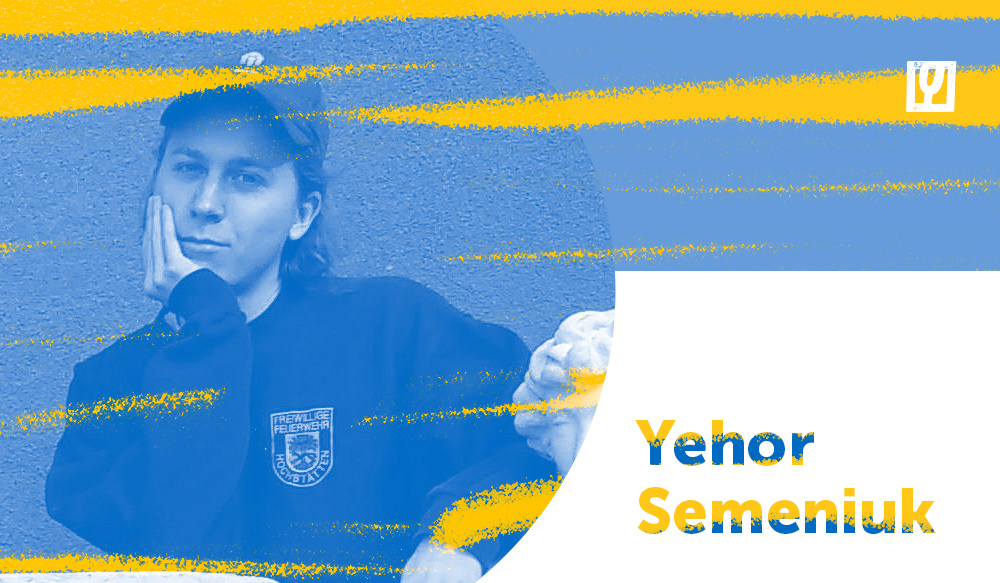 Everyone around me is mined

Heaven and earth are mined

The whole life is mined

High up the cold tree

And falls down with a grin

The way birds of prey take off

Carefully, so I don’t explode,

I take a deep breath

And turn to stone

Or just become a pebble

Can you hear the bursting rind?

And suddenly everything vanishes

Only a few riders in a distance the tree splits the lantern light in half

making a radiant track to my feet

the train arrives in a few minutes

and I still don’t know where to go

my mother said in her dying hours

home is where you are waited for

so I’m riding a toy train

along the light rails to her 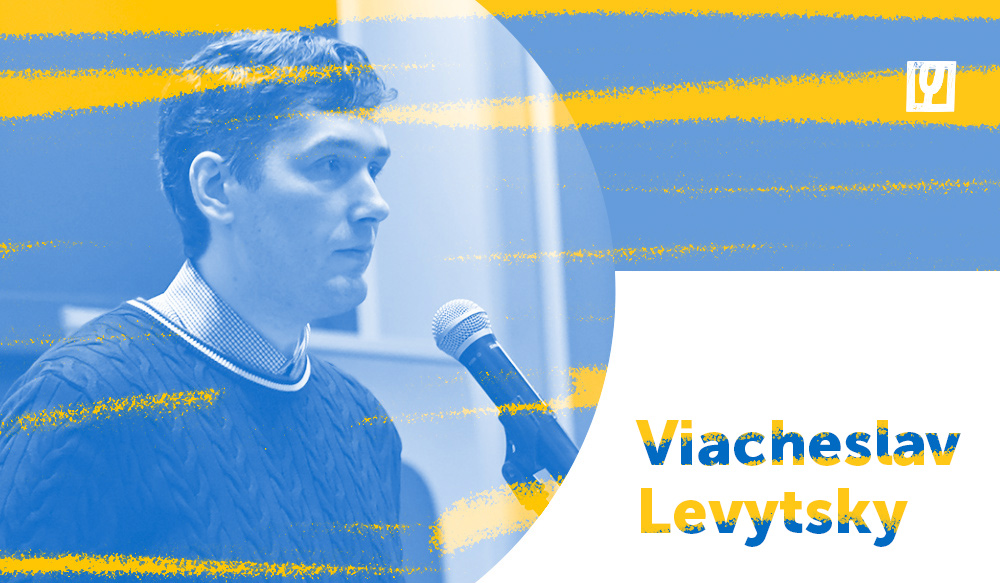 requests a girl in Poland

in a real estate rental chat. 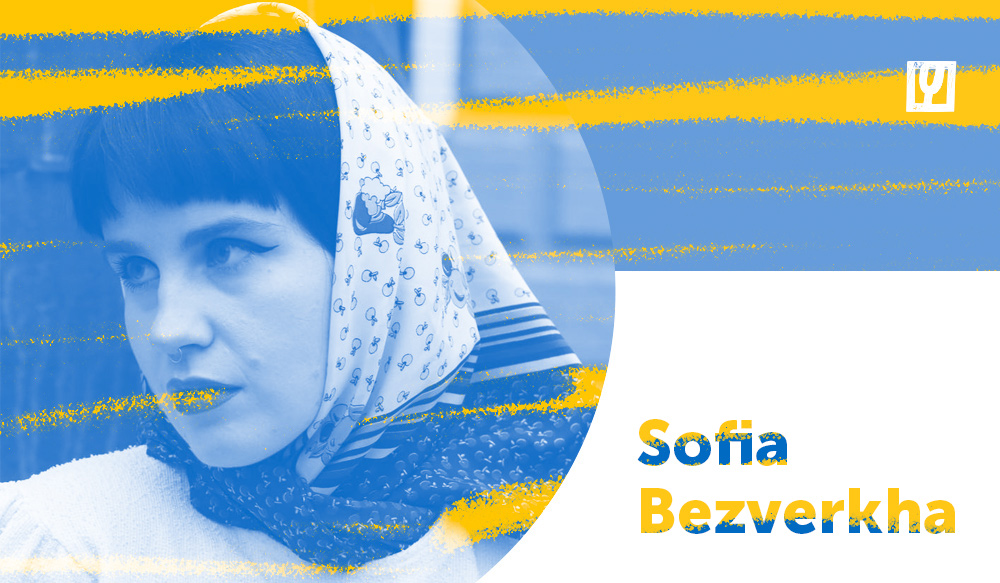 A prayer of love and hatred:

the eye of a falcon – to each one

the wings of a hawk – to each one

the strength of a lion

and the speed of a tiger

so that bullets, shards, rockets and bombs will bypass them

so that none of them will get wounded

chopping up the enemy

and sweeping those ghouls from our land

so poetically and earnestly every day prays my granny

and I with her now, with the very same words.