Letter from Kyiv: «Only the wind knows…» 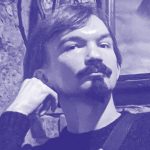 I am writing this letter not by candlelight – they all burned out the night before, and electric lights cannot be turned on – the Russian occupation army has already started shelling residential quarters and civilian infrastructure, trying to intimidate Ukrainians and force them to surrender.

Ukraine is convinced that only membership in NATO provides relative safety. Relative safety, because what to do with possible nuclear pollution? Russian occupying forces have captured and are holding the Chernobyl Nuclear Power Plant, and Russia’s nuclear forces have been put on alert. Nuclear blackmail remains Vladimir Putin’s last argument, because it is clear that by violating all possible conventions, like occupying and annexing Crimea, occupying parts of Donetsk and Luhansk Regions and creating puppet «people’s republics» there, shooting down civilian plane, poisoning people with the Novichok both at home and in the European Union, etc., he will not stop to break this one.

In 1986, during the Chernobyl accident, a nuclear cloud covered the whole of Europe, including the Scandinavian Peninsula. Only the wind knows what it will be like this time.

I am writing this letter not by candlelight, but by the sound of sirens and explosions. I hope that in the morning they will be replaced by birdsong – it is especially pleasant in contrast. Philip Dick’s novel «Do Androids Dream of an Electric Sheep?», the longest poem in one of my books is written entirely as an allusion to this novel, describes the world after nuclear war, in which fluffy owls fall from the sky, poisoned to death by nuclear dust, fall one after another… Now, this picture – it did not include to the movie – just is in front of my eyes…

Vladimir Putin wants to present the European Union and NATO with a choice: either a global terrorist «people’s republic» in the place of Ukraine or a nuclear desert are the conditions of an international terrorist who has lost touch with reality, and, of course, each of these options is unacceptable neither for Ukraine, nor for NATO, the European Union and the whole world.

Dreams of neutrality are Ukraine’s biggest mistake in the history of independence. There are no neutrals in the war between Good and Evil, the third party is simply not foreseen. The Russian-Ukrainian war has long ceased to be a purely Russian and Ukrainian issue, it is a war of Europe and the whole world. Ukraine is now at the center of this war and must win not only for itself, this is understandable, but for the whole of Europe, for a peaceful morning in Kyiv, for birds to sing in the morning in Kyiv, as in all European capitals.