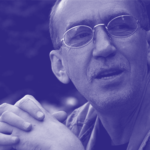 Canons are still firing outside my window, albeit in the distance. Meanwhile, I’ve brewed myself some strong tea (Oksana has gotten hold of the last few boxes back on the 24th) and ponder over Karl Jaspers and his «Question of German Guilt».

Jaspers wrote this work in 1946 in Germany, an already defeated, occuped, crused and humiliated, but not yet denazified Germany; while the wounds were still fresh, so to speak. In this book of his, the German philosopher classifies guilt into 4 categories: criminal, political, moral and metaphysical. He then suggests the subjects of judgment to be court, victor, conscience and God, respectively. Jaspers guilts are also differentiated by where they come from, that is, from the outside or from the inside. The external judgment is what takes place in the first two cases; but as for the conscience and God, the picture gets a bit more complex here. Forcing one to repent, demanding repentance of a person, is clearly pointless. Pressure won’t change anyone’s beliefs. One has to independently reach a true understanding of one’s guilt. An open and deep apprehension it should be of how wrong was their previous position, accompanied by tears of shame and remorse for what’s been done, with bitter sleepless nights and spiritual torment.

According to the researchers of his heritage, it is in this book that Jaspers created the theoretical ground for the denazification of Germany. Here, two times have I used the word already — ‘denazification’. Putin has also referred to a denazification, speaking about why he attacked Ukraine: apparently the invasion has been launched «to demilitarize and denazify» our country. It seems that both those processes should be applied to Russian Federation itself following our victory, but how do we implement that?

The war is underway, and I understand — victory is not yet in sight, however strongly I might wish for Good to prevail already, with Ukraine and all of us fighting on the side of Good. But what next? Will we let the enemy crawl back quietly to Rostov and Bilgorod, and celebrate his exile without crossing the border? Or shall we drive the bloody butcher as far as Moscow, and then over the Ural Mountains, over Lake Baikal and further still, to eventually throw him into the ocean? I doubt it. Ukraine won’t be able to carry out such a quest on her own, and creating a military anti Putin coalition is not a likely prospect. But then, how do we get the people of Russian Federation (over 100 million of people, that is) to achieve sincere repentance and realization of how wrong they were?

I’m reading loads of Russian public opinion now — the whole Kasparov-Bykov-Khodorkovsky-Shenderovich bunch — and in their liberal, sincerely pacifist texts I catch now and then a slight and well camouflaged reality denial, dissent with how the events unroll. «It’s important that Ukraine doesn’t fall into conceit!» — Dmitry Bykov warns us on the pages of «Novaya Gazeta» from March 1st — I’m not saying that Ukraine is future, I’m
saying, that Ukraine holds the leadership…» A net of words devoid of meaning, as it is, not unlike the product of a sick stomach, or a sick brain. No new Jaspers is yet in sight in Russia to bring some order into the minds of those, who, as a part of the giant conglomerate of almost totally suppressed peoples, are collectively called «Russians».

In the second half of the forties, the citizens of the fallen Reich were forced by American administration, as part of the denazification process, to dig up the unnamed collective graves by the concentration camps and jails, sort the remnants, try to identify the dead and then bury them with dignity, according to the religious rituals. It must have really helped to sober one great European nation, I suspect; helped them to realize the measure of their guilt, helped them cleanse their souls through repentance. However, I don’t think the Germans did this somber work gladly, there was surely no fun in such passtime.

So how can one sober the Russians of today, and not the Moscow or Saint-Petersburg Russians, among whom the ‘educated liberals’ constitute a huge share, but Russians all over the place, living in all those Kalugas, Tvers, Omsks, Tomsks and suchlike towns? How to persuade them, that their whole great country is deeply, inherently maleficent? Who will take it upon himself to bear this heavy and thankless mission in this country, the biggest one in the world (by territory)?

Someone on Facebook has suggested one of these days, that we do not give up Russian captives to their mothers, do not send them home by organized groups through Red Cross. Instead, let the mothers pick up their sons in Ukraine, in person. Let them travel through Chernihiv, Sumy and Okhtyrka. Let them see the ruins of the Kharkiv central square, the detritus in the densely populated districts of Kherson. Let them witness the traces of shelling on the buildings in Irpin and Bucha. Let them look at the shot-through walls of schools and orphanages, at the shell-holes on the roads and in the fields along the roads. All of that are the horrific consequences of their sons’ deeds.

It would be an effective method, I suppose, but would it suffice? Would it be enough to sincerely realize the inhuman and essence of the Putin’s Russia, which during the last two decades has turned into an abominable beast, which, no more than a week ago, looked arrogantly upon the frightened world, scratching the ulcer of so-called greatness in its own mind?

Where is the new Leo Tolstoy, who would tell Russians the cruel and bitter truth? Hey there! Where are you!