This is me and my metal storm-shutters 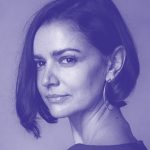 On hearing explosions on the first day of war in Kyiv, we darted away to the corridor. The first thing, after the silence fell, my husband went out and closed the storm-shutters. Not everyone has such shutters, so our neighbors, who have windows from the ceiling to the floor, clattering wildly from each airstrike, moved with us for several days.

And now, look into my face. You can compare, I have many photos from several months or weeks ago. Look at it now. I could not sleep for the first three nights, then I took prescribed-not-to-me pills and managed to get some sleep. I often feel shivery after reading bad news, and when I packed things for my son, who was later evacuated from Kyiv by my brave friend, I shuddered as hell. 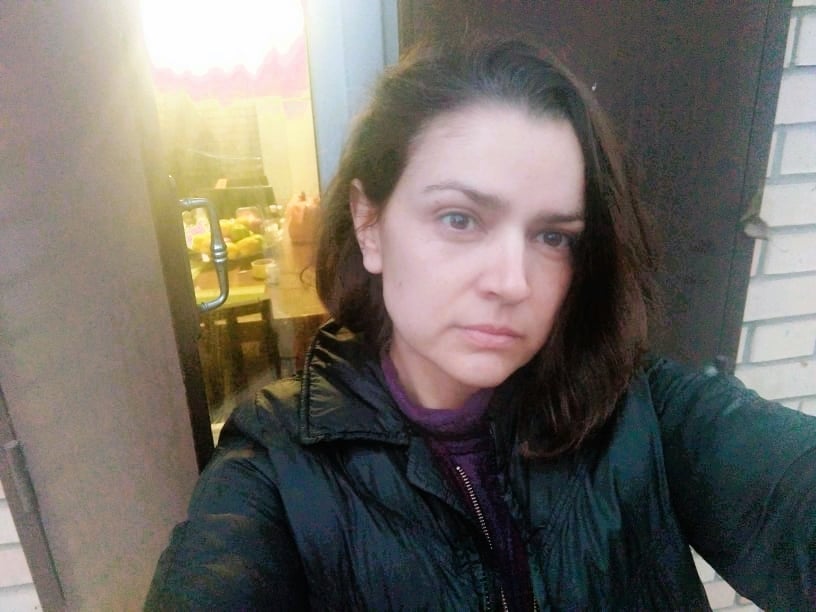 On the first morning of rocket attacks, I could not understand what to do, I felt paralyzed. Then journalists from Sweden, Canada, Britain, Georgia engaged me for the interviews, it kind of distracted me. While I was talking to Swedish radio, a rocket attack began. «It’s  shelling», – I shouted out and ran with a laptop to the corridor, still carrying on answering the questions. This moment I started shivering and shuddering again. I was petrified for a moment, unable to speak, so the journalist thought that it was over, and the interview was over.

And now look at those people on the borders, who, as others comment, cannot wait somewhere else and remain there for three or four days, in order to just leave here. Those comments are written by the people, who, luckily, have not experienced the attacks. Some of them even publish lists of demands on how to behave in their cities, disgusting, disrespectful lists. Some people write that in the comments to their posts, readers are «channeling their fear». This is the same haughty and humiliating attitude that refugees from Donbass experienced before. Believe me, to the people from the attacked and ruined cities it looks absurd. I will explain why.

All these people on the borders experienced waking up with the sounds of rocket attacks, driving out of the city while «Hrad» is shelling, experienced being petrified with fear for their children. They also know: there are no guarantees that this will not happen again in another city where you want them to wait. People want to run from death, not in a week or two. They want to escape it now. They also understand that there can be more refugees on the border in a week. Those refugees can be you, expressing sincere amazement and sharing your precious advice, no one asked for.

So you’d better not write that people channel their fear in the comments to your posts. It sounds like abuse, really. Maybe you’d better use your energy for something useful? Like housing a refugee-family or two, like convincing them, those very people, to stay at yours until this line that lasts for days, or even weeks already, dissolves. Or until you become refugees yourself, as none knows what will occur to this kremlin dickhead next.

So, in a nutshell, someone has the storm-shutters, the others don’t. Someone has a flat in a non-ruined city, the others don’t. We all have different experiences and before coming to conclusions, share your positive experience with those who have a negative one. Maybe, in a week, those people will stop falling to the floor on hearing taxi doors bang. Maybe, their kids will stop asking: «What if I get shot?» Maybe they will stop crying in their sleep, like my granny, who moved from Donbass to Kyiv, and will start smiling instead. Just try.

I’ve just closed my storm-shutters, and I can hear: it approaches.

She is the author of several full-length poetry collections, including Apricots of Donbas, which is about people surviving a war. Apricots of the Donbas received the International Poetic Award of the Kovalev Foundation (NYC, USA). This book was listed in the Top 10 books about the war — Forbes magazine’s rating in Ukraine. Kyiv’s New Time magazine (Novoye Vremia) listed Yakimchuk among the one hundred most influential people in the arts in Ukraine.

Yakimchuk has received a number of awards, including the International Slavic Poetic Award, the Bohdan-Ihor Antonych Prize and Smoloskyp Prize, three of Ukraine’s most prestigious awards for young poets.

Lyuba performed in a musical and poetic duet with a double-bass player Mark Tokar (Lviv, Ukraine) and a vocalist Olesya Zdorovetska (Dublin, UK). As a vocalist, she performed in Fokstroty project by Serhiy Zhadan and Yuri Gurzhy. Her poetry is also performed by a singer Mariana Sadovska (Germany) in project «2014».