We, Ukrainians, unlike our dear friends from the West, know the very reason for this tragedy 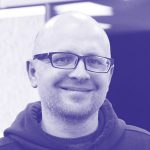 In the last days, when the whole civilized world raised up in defense of Ukraine, showing both operative and symbolic support, admiring the courage of our People and its Armed Forces, there is a task of great significance amidst this ultimate admiration.

So, my dear people of the West, there is a thing you should begin doing even as we speak. In order to better understand the tragedy and the shame, the whole world, and we, as its epicenter, are plunging into now, you should address the Ukrainian Book Institute. You should ask it for a list of Ukrainian books (both modern and classical), answering, among other, the question about why the world finds itself in tragedy and shame. And then you should, сonsequently, address our publishers and buy the rights and translate them in the rhythm of hopak and publish in prestigious publishing houses of yours.

As the thing is, we, Ukrainians, unlike you, our dear friends from the West, know the very reason for this tragedy and shame. As we have been living at the receiving end of it for several centuries already. So isn’t it high time today to fill in the gaps and to take our farewell to the myth about the great russian culture with its tolstoyeskis, baskovs and volochkovas, which, as we can see perfectly well, did not work. Isn’t it a high time to approach real experts who know, in nuanced details, what we all are dealing with now?

You have never been interested for real. You didn’t know us, as in this part of the world all your demands were met by the so-called great russian culture with its so-called generous soul, having both calico and gold cloth, with its songs about near-moscow evenings, with its ballet and figure skating. You wrinkled your foreheads, as we were not commercially attractive. Well, now we finally are. Grasp the moment while there still is an opportunity to buy the rights. Learn and read, as Taras Shevchenko wrote. We do love you. We are really thankful for your support. But you need the right hardware.

Andriy Bondar is a poet and translator. He was born in 1974 in Kamianets-Podilskyi, Ukraine. He studied history and literary theory at the National University of Kyiv-Mohyla Academy. In 1998 he published his first collection of poems, Vesinnia ieres (Spring Heresy), followed by Istyna i med (Truth and Honey, 2001), Prymityvni formy vlasnosti (Primitive Forms of Ownership, 2004), and Pisni Pisni (Lenten Songs, 2014) as well as collections of short stories Morkvianyi lid (Carrot Ice, 2012), I tym, shcho v hrobakh (And for Those in the Graves, 2016), Cerebro (2018) and Lasoschi dlia Medora (Delicacy for Maidour, 2021). He has also authored numerous stories, essays, and articles for various magazines. He is well-known in Ukraine as a translator from Polish and English into Ukrainian. He was an editor of the multilingual Facebook community Eurolution.Doc (Ukraine on Maidan) from January to April of 2014.