What to bring from Ukraine: 10 books that will be a wonderful gift 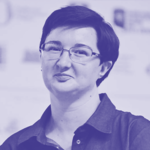 Each of us creates the image of modern Ukraine. For instance, with the gifts we want to thank our European hosts for keeping us safe for the few first months of the full-scale war with. We’ve selected 10 books that will fit every taste. They represent our country in all its glory and cultural wealth. Choose and present with pleasure!

A few years ago, we did a selection of books about Ukraine in foreign languages, mostly in English. Some are still relevant, since there are no analogues for children’s book Travelbook.Ukraine. Yet one might’ve noticed that the situation with books for foreign readers has improved significantly overall. Mystetskyi Arsenal, PinchukArtCentre, Ya Gallery, and Dovzhenko Centre are conducting researches and creating catalogs, Osnovy Publishing is launching SALIUT, a magazine for international audience dedicated to contemporary Ukrainian photography, REDZET is producing photo-books, RODOVID is to introduce Mykolayiv Young Photography, and Vivat is working on art-diary of first months of full-scale invasion with the illustrations by Oleksandr Hrekhov and texts by Anastasiia Nikulina. All of them are either bilingual or individual English editions.

Finally, the range became wider and choosing turned more difficult. In order to make it easier for you, here are 10 cues.

Volunteer media project Ukraїner through various formats tells the world about the unique character of Ukraine. Website with posts, a movie, and books, of course – they all record the stories of indigenous people and national communities within Ukraine, show the nature’s beauty, the wealth of historical and architectural monuments and remarkable vitality of Ukrainians. Several years ago, Ukraїner presented English edition of Ukraïner. Ukrainian Insider. It was based on the expeditions throughout Ukraine during which the volunteers of the project made pictures and notes on interesting facts about the historic regions of Ukraine. Now they are about to release another book for foreign readers. This will be a photo album with pictures taken from a drone. 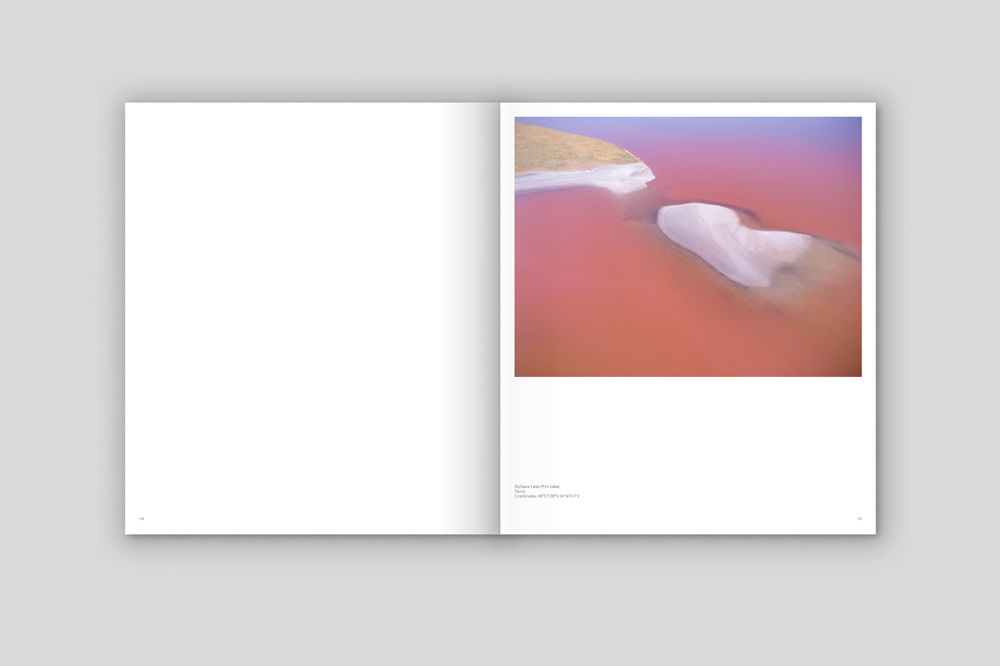 Ukraine from above is aimed at showing the beauty of Ukraine in its full splendor, from the Carpathians to constructivist architecture of Kharkiv, from red waters of Syvash lake to the gloss of the Great Lavra Bell Tower in Kyiv. It’s hard to resist such spectacular charms. 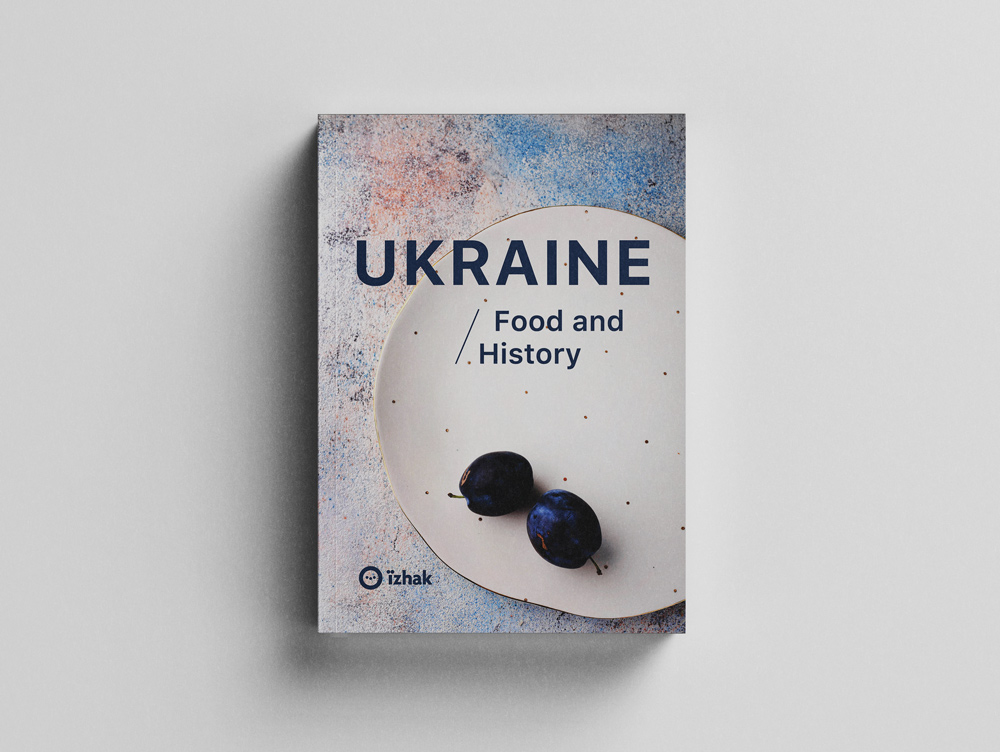 This is probably the best culinary book on traditional and modern Ukrainian cuisine that’s aimed at working for Ukrainian diplomacy with all its articles, recipes and delicious pictures. How? Someone presents Ukraine: Food and History as a gift to their foreign friends, new acquaintances who sheltered them in Europe, or their business partners who want to fill in the gaps regarding everything Ukrainian. 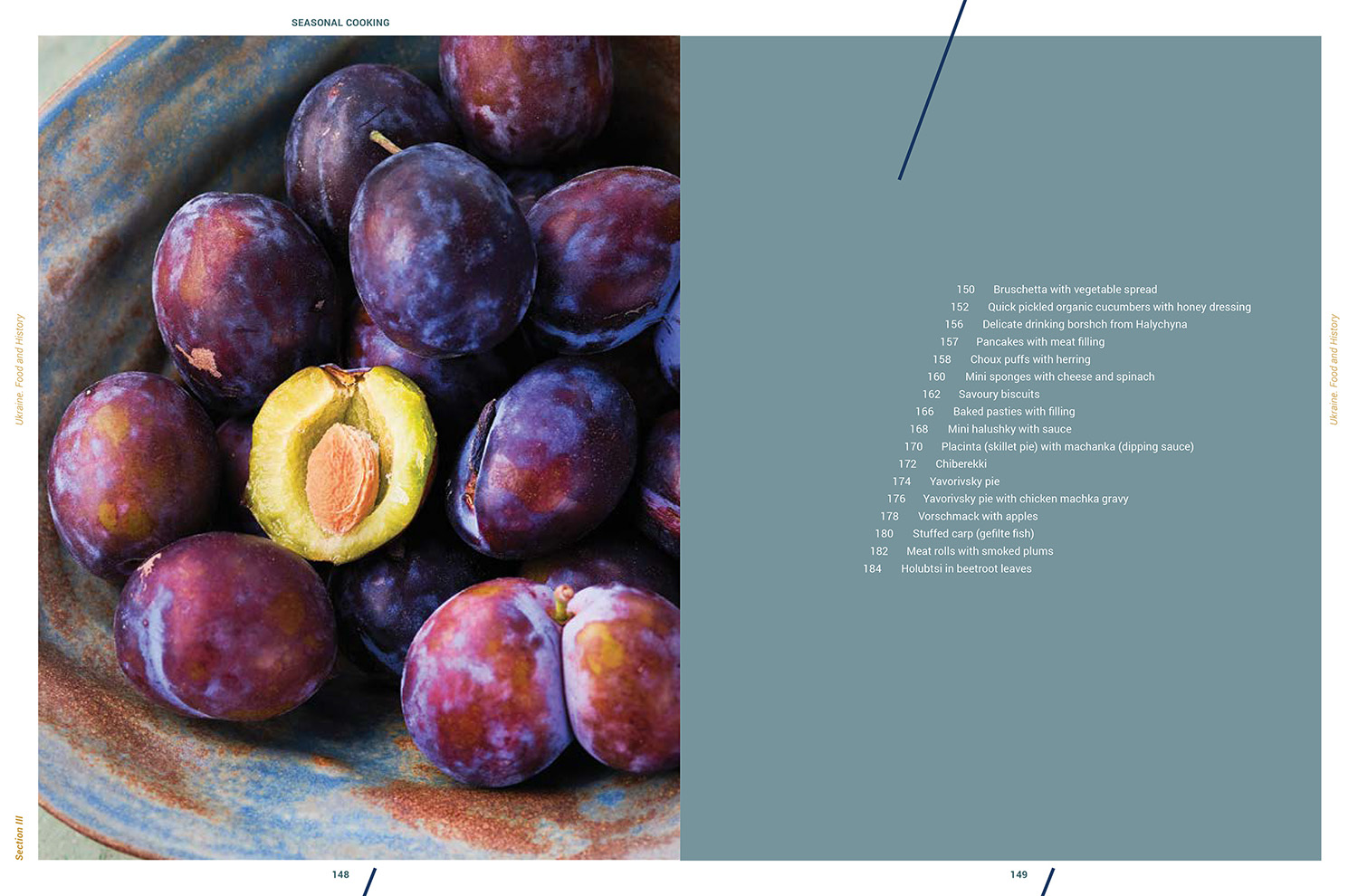 While reading, watching, and cooking the dishes from the book all these people will find out about Melitopol sweet cherries, Hutsul bryndza, Yavorivski pies, Karaim Chebureki and Nizhyn pickles. And no doubt they will be even more amazed by the country with a taste in diversity. 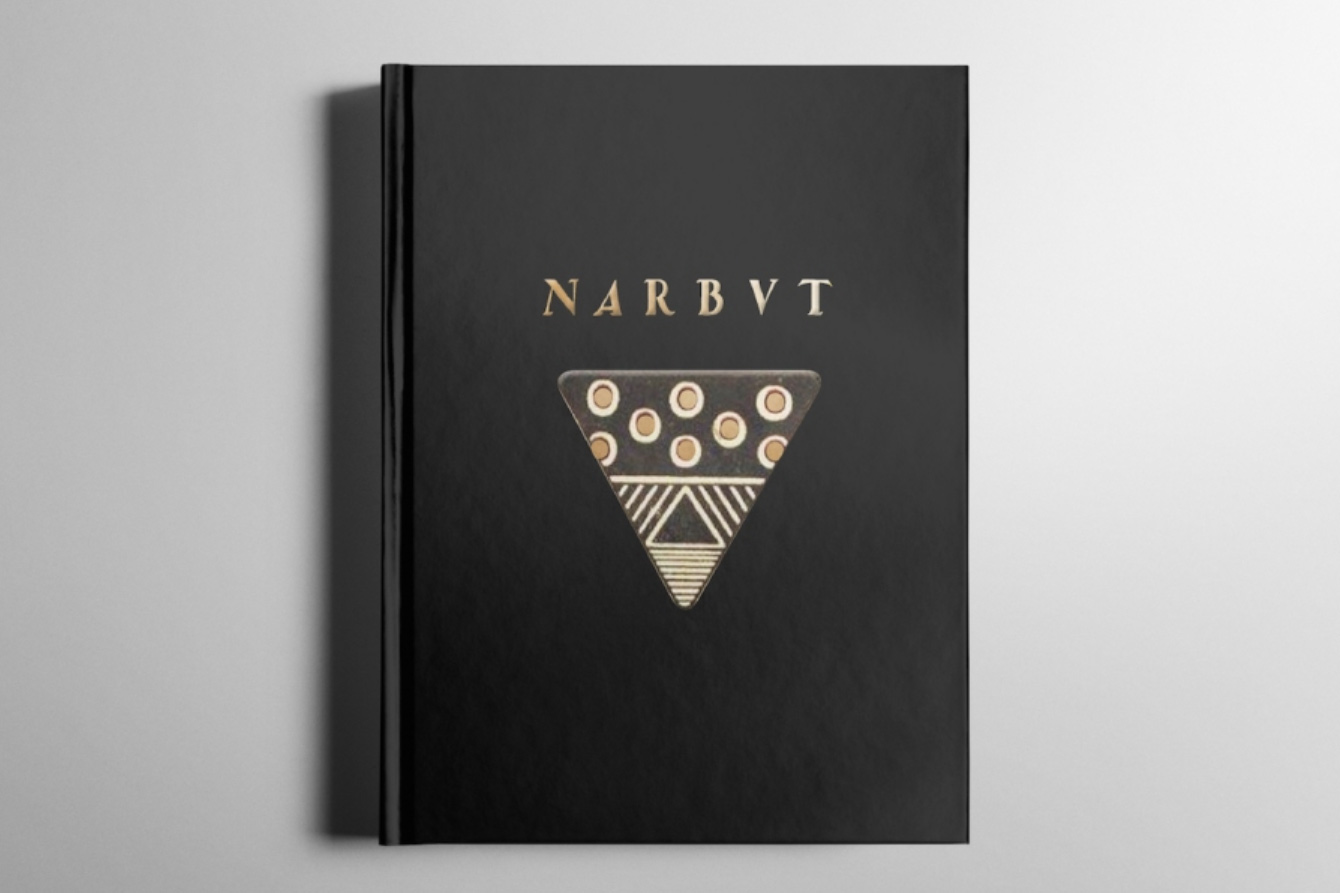 As of lately, there are more and more books about visual Ukrainian culture with a focus on foreign readers. It would be really great if this direction developed further and helped to tell about the artists of the past and present, because we definitely have heroes worth telling about. Heorhii Narbut is one of them. Remarkable graphic artist, creator of state symbols, one of the founders of Ukrainian Academy of Fine Arts, he believed in the prospects of Ukrainian People’s Republic after the fall of russian empire and October revolution in 1917. 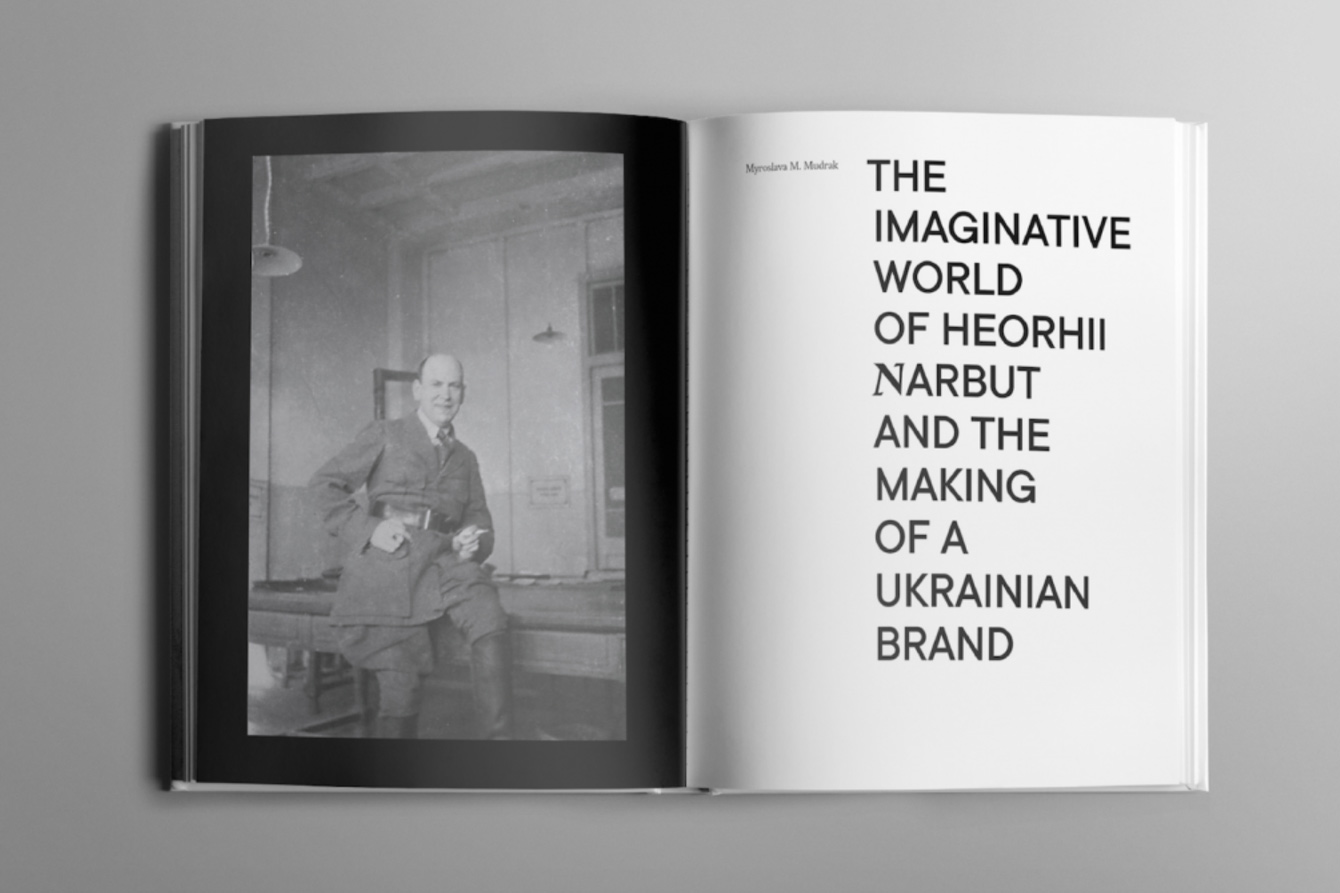 Myroslava M. Mudrak’s research is not only about introducing the artist and his heritage but also about creating the brand of Ukraine which Narbut took very seriously and gave his all to.

The Art of Ukrainian Sixties 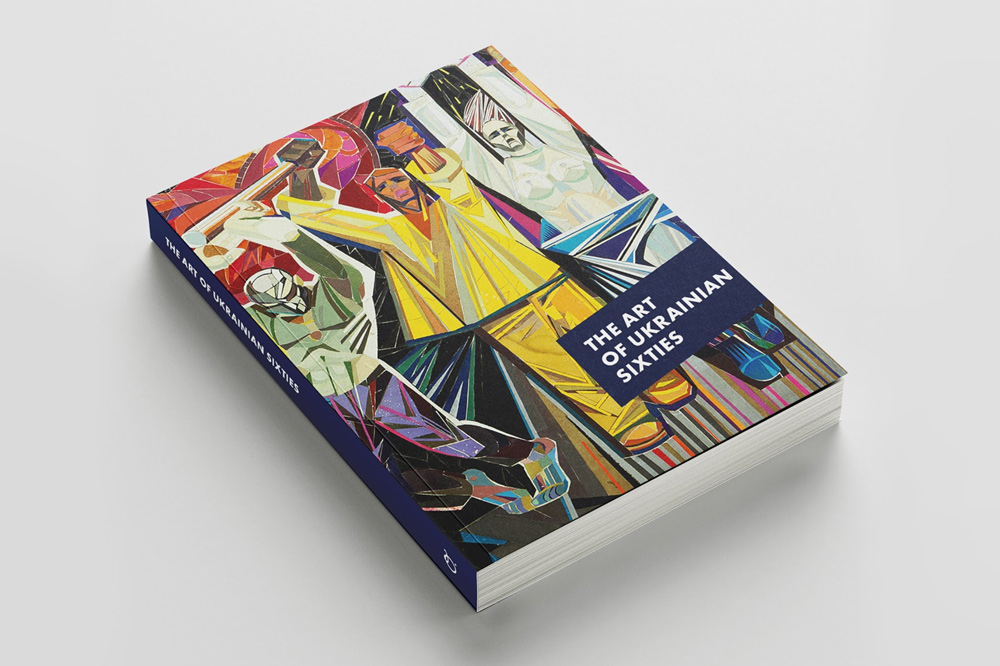 Carrying on with the history of visual art of Ukraine one cannot pass over a book The Art of Ukrainian Sixties. The period of so-called “Khrushchev Thaw” in late 1950s – early 1960s allowed Ukrainian arts intelligentsia to create more while being in opposition and protesting against the totalitarian regime. Kyiv, Lviv, Odesa, Kharkiv, and Uzhhorod became the art centers where the search for new visual language that would have corresponded with the time and society development took place. 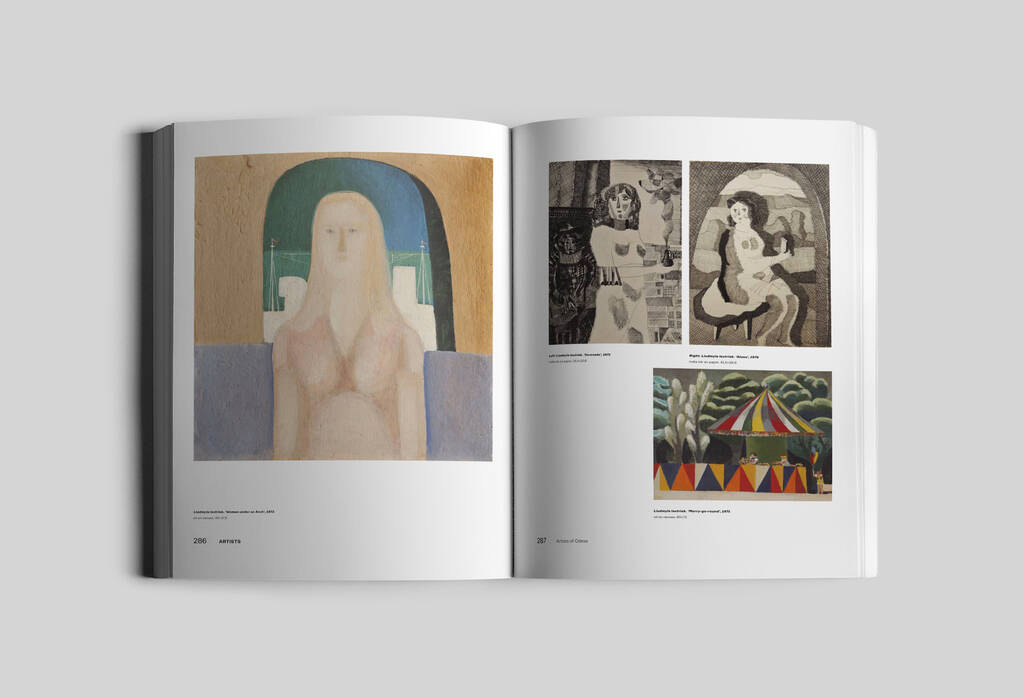 What it was like can be seen in the works of Alla Horska, Oleh Sokolov, Vilen Barskyi, Pavlo Bedzir, and others. Overall, the book features more than 400 art reproductions and archive materials.

UPHA Made in Ukraine 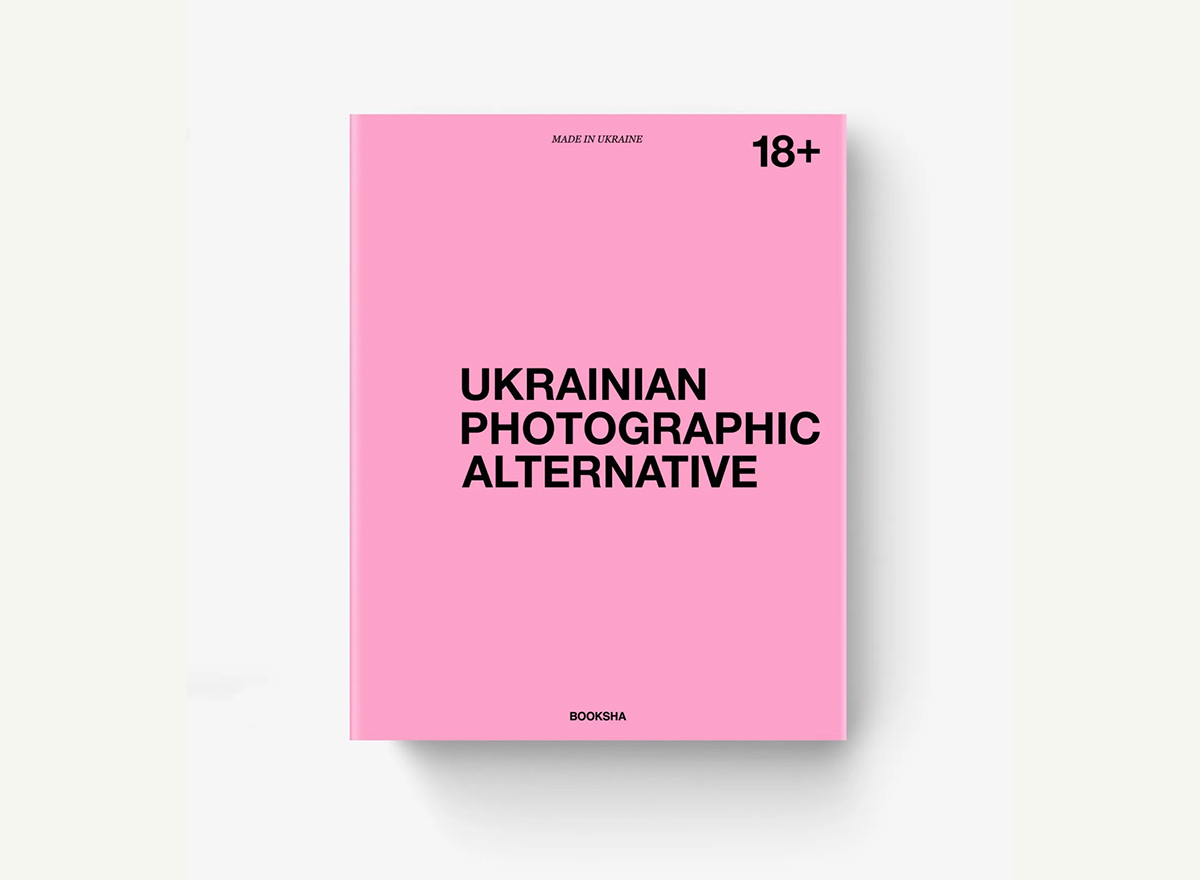 For those interested in modern art and modern photography in particular this book will be a wonderful complement to their private library. Ukrainian Photographic Alternative (UPHA) features works from 82 art projects of 57 Ukrainian photographers. The edition has been in work for almost 4 years since such an extensive project required maximum attention and research approach.

But it was worth the wait. Throughout the book one can find artworks depicting historical, social, and cultural changes in Ukraine, showing the development of this media in our country. Profiles of photographers in Ukrainian and English provide basic information which can be later expanded while immersing into the art of certain photographers. 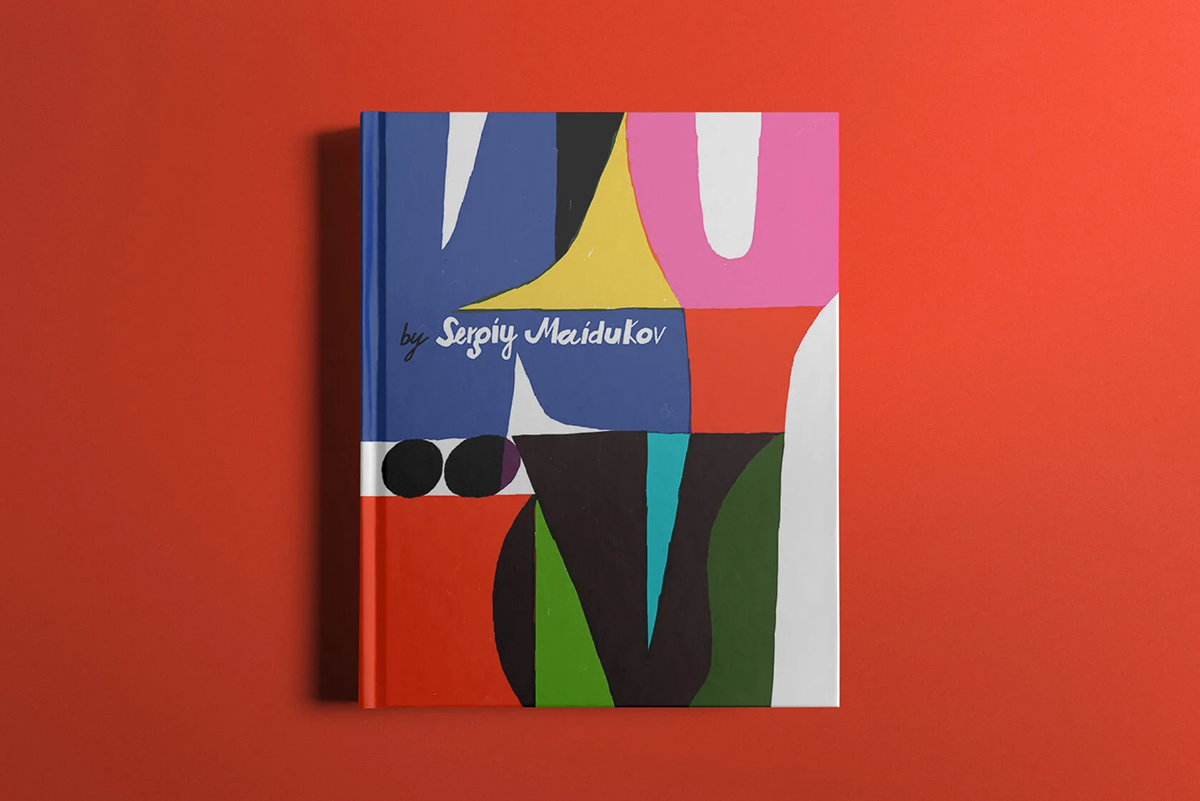 Famous Ukrainian illustrator whose works have been published in The New Yorker, Washington Post, New York Times, The Guardian and other respectable media, has created an art book dedicated to Kyiv. Through the pages of the book, you can take a walk around Kyiv and see the city through Maidukov’s eyes. And to get to know the author of incredible pictures one can read the preface and an abstract from his conversation with Ukrainian journalist Oleksii Tarasov. 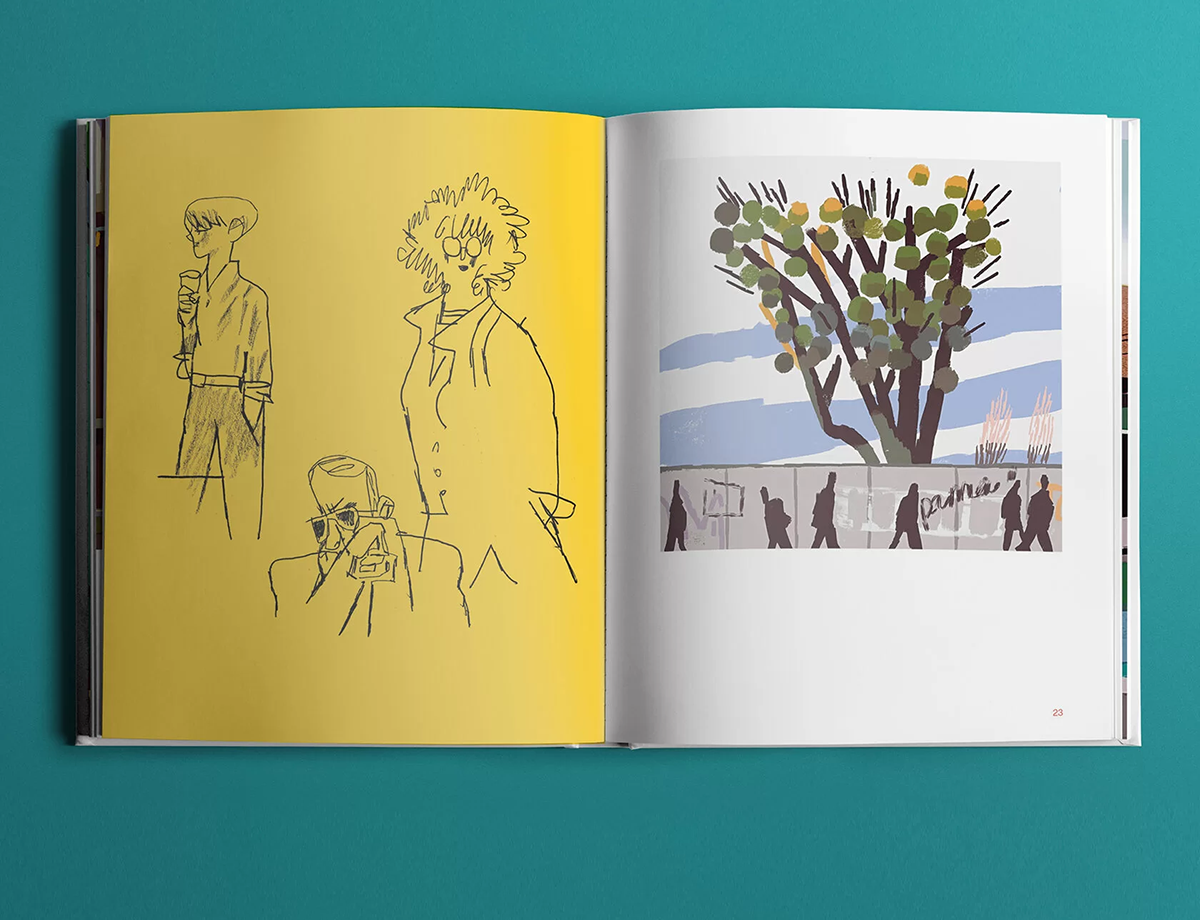 The walk’s route is not only through the center with its memorable architecture and monuments, you’ll also see Kyiv industrial district, remote metro stations and port part of Dnipro… Because Kyiv is different, and that’s why it’s so loved by different people. 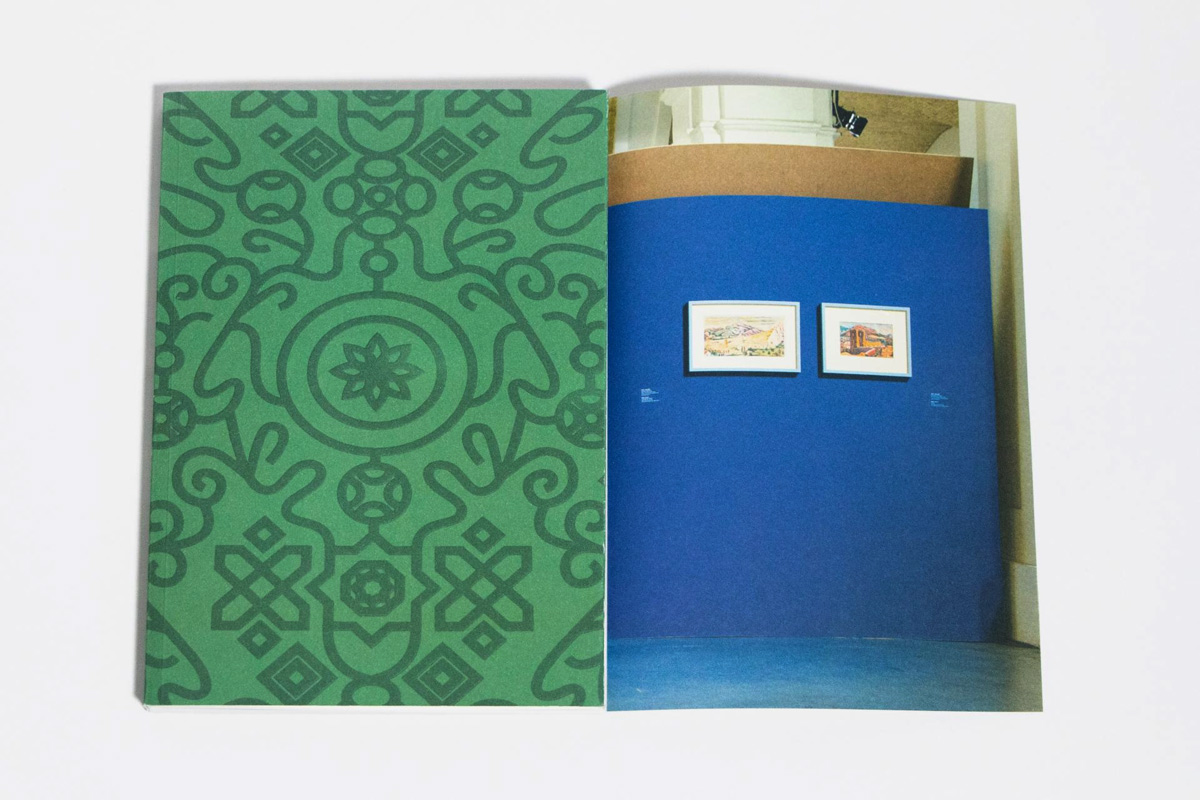 In 2019 an extensive exhibition “Amazing Crimean Stories” took place at one of the leading cultural centers in Ukraine, Mystetskyi Arsenal. The items for the exhibition were gathered in museums all over the country since the archeological and art collections of the peninsula have been captured by russians just as the peninsula itself. Now the catalog of the exhibition lives its own life allowing not only partially visit the project, but also learn a lot of interesting information about Crimea: its history, indigenous people, customs and traditions, language and household. For example, how many ethnographic groups there are among Crimean Tatars, which Crimean city used to be called “little Istanbul”, and why the Scythians created their unique syncretic culture in Crimea. 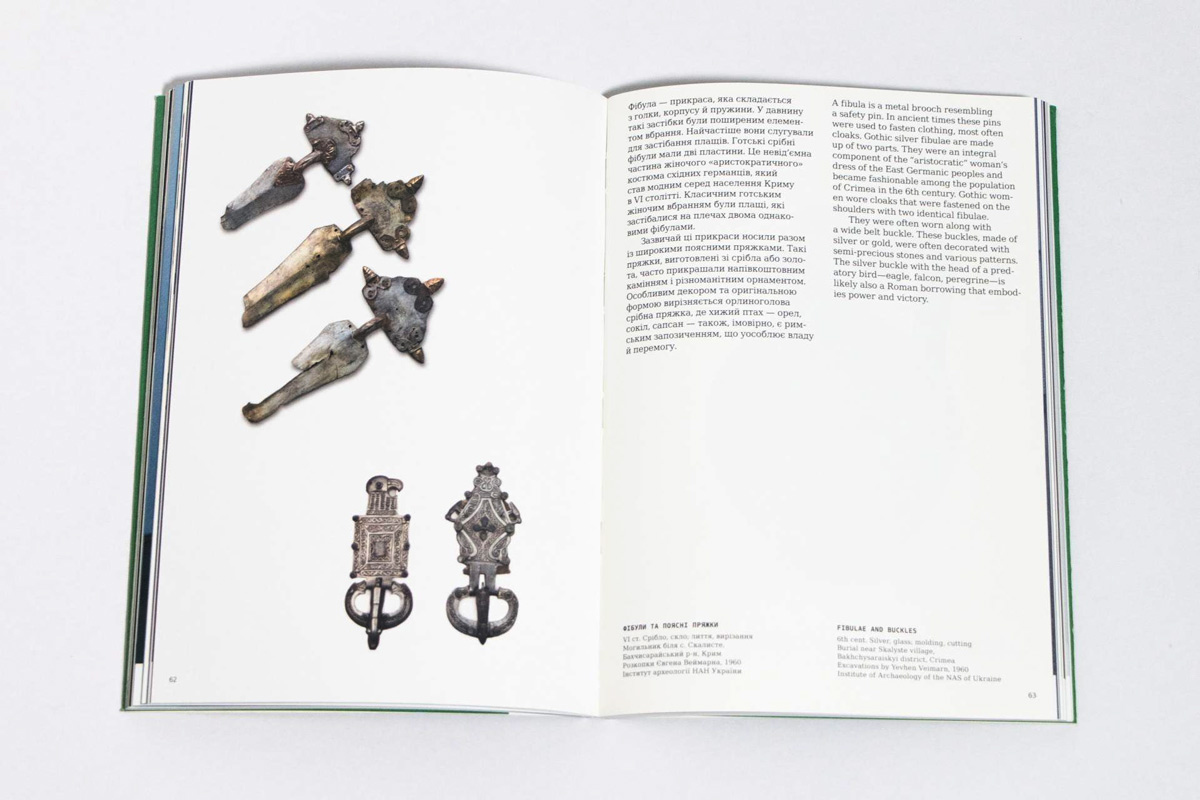 Since 2014 russian invaders have been repressing and imprisoning Crimean Tatar activists. But they don’t stop their fight for their home – unique and charming Crimea, because this place is theirs.

Where to buy: Museum shop of Mystetskyi Arsenal (Lavrska 12, Kyiv)

The Story of Ukraine. An Anthem of Glory and Freedom 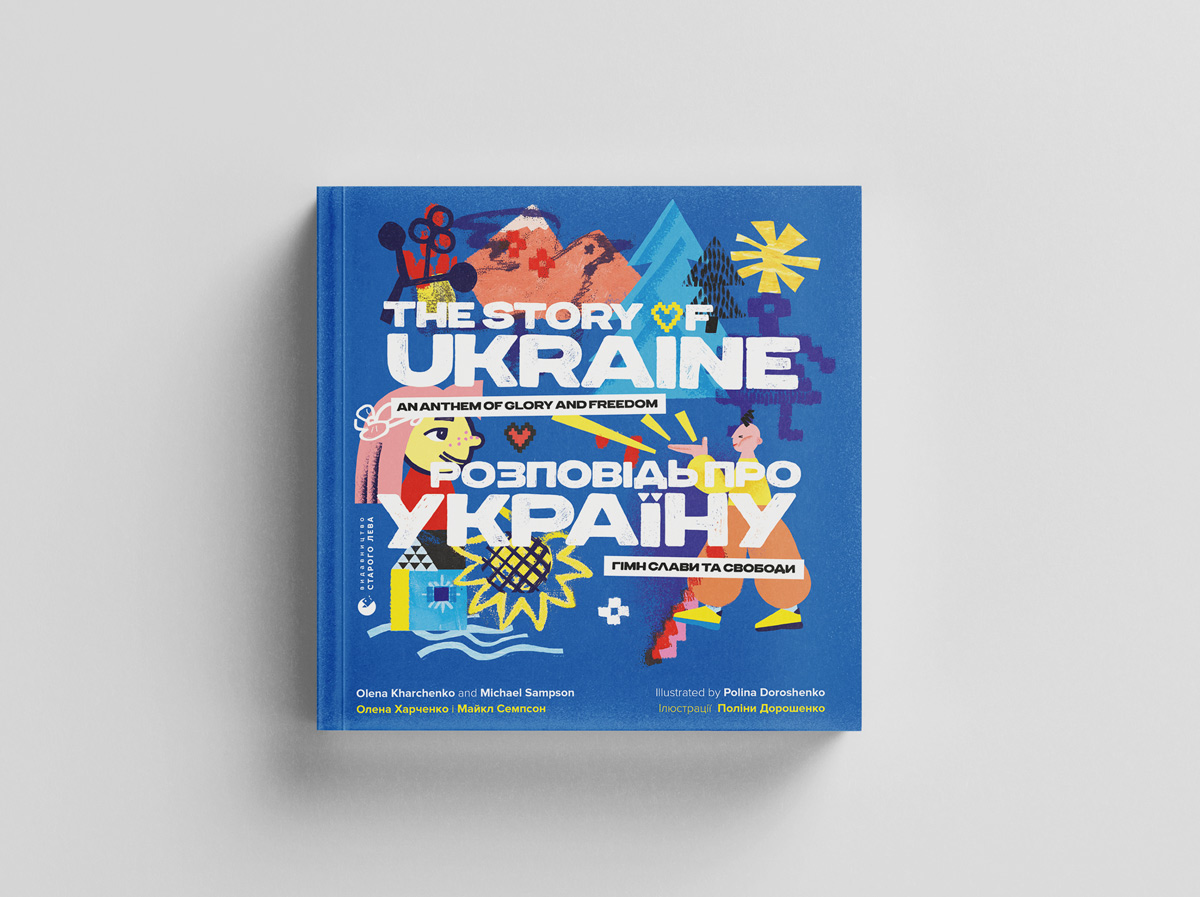 This new book for preschool children tells about Ukraine based on the national symbols such as anthem, flag, coat of arms and some unofficial but very popular mass culture images. For example, every line of our anthem describes the features of Ukrainians, their past and present. The book mentions Cossacks, borshch, Taras Shevchenko, Mykola Leontovych, Kateryna Bilokur. But what’s important is that there are subtle hints at the current fight of Ukraine against russian aggression. 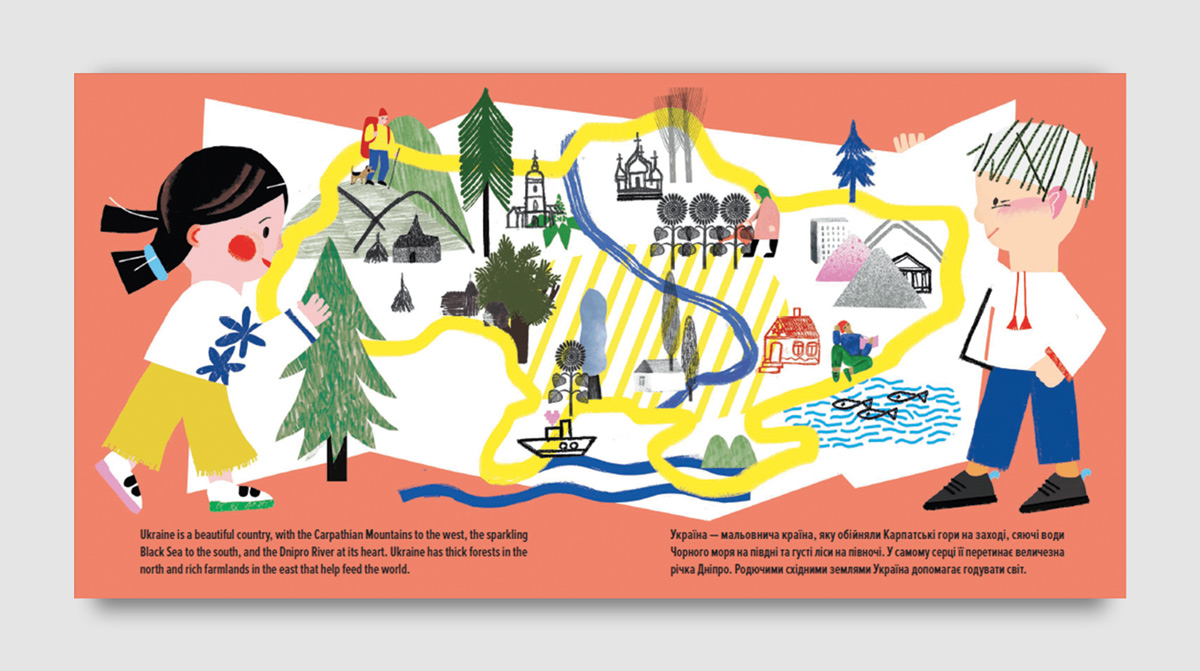 Usable format and Polina Doroshenko’s illustrations will attract the attention of young readers to the bilingual book, although they still might need some explanations from their parents. 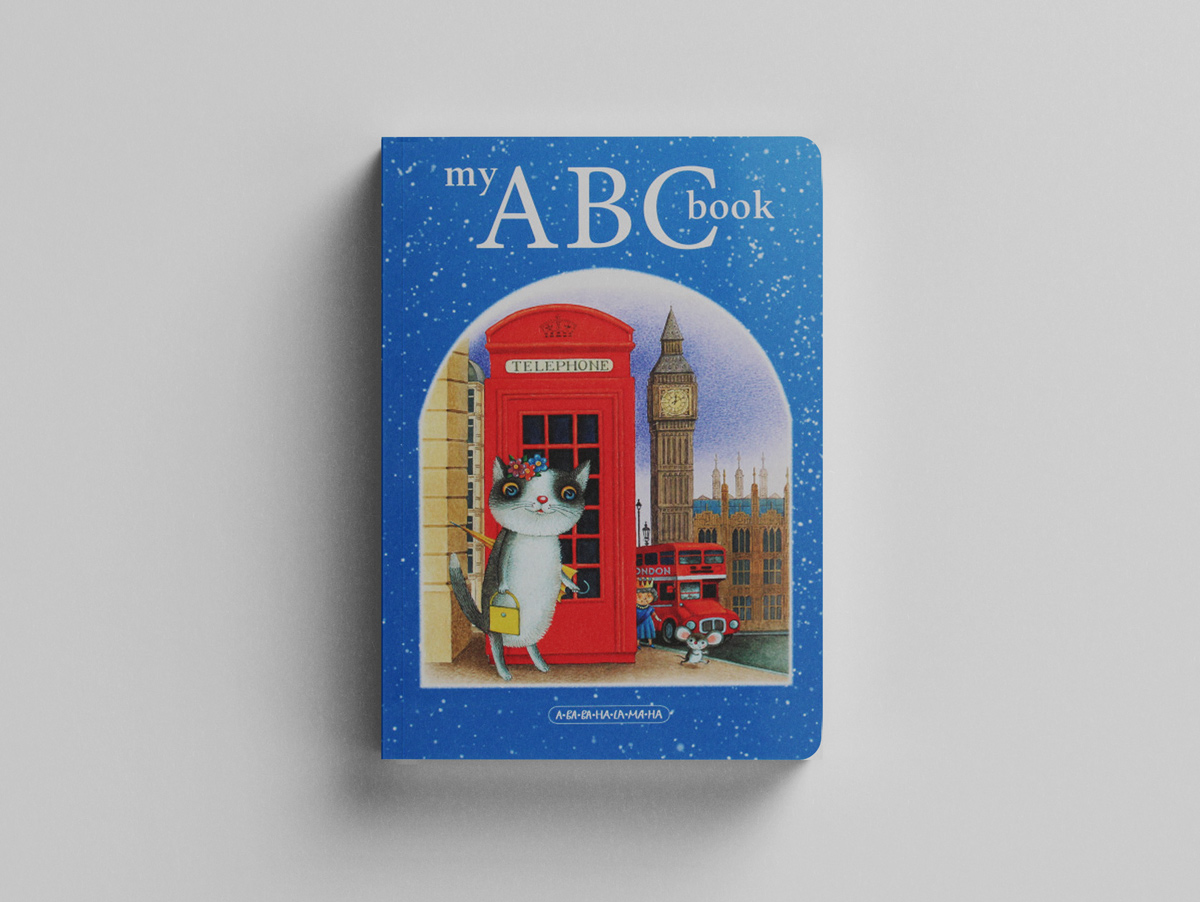 Several generations have been raised with this beautiful edition – Alphabet that was first published by A-BA-BA-HA-LA-MA-HA back in early 1990s. It is no exaggeration to say that this is one of the favorite books of our children, and their parents as well. The secret of such success is well-chosen rhymes, unsurpassed illustrations by Kost Lavro, heavy paper and high-quality printing. A few years ago, the publisher created a similar book in English. My ABC Book doesn’t contain neither rhymes, nor illustrations from the Alphabet. But carries on the tradition of its quality. 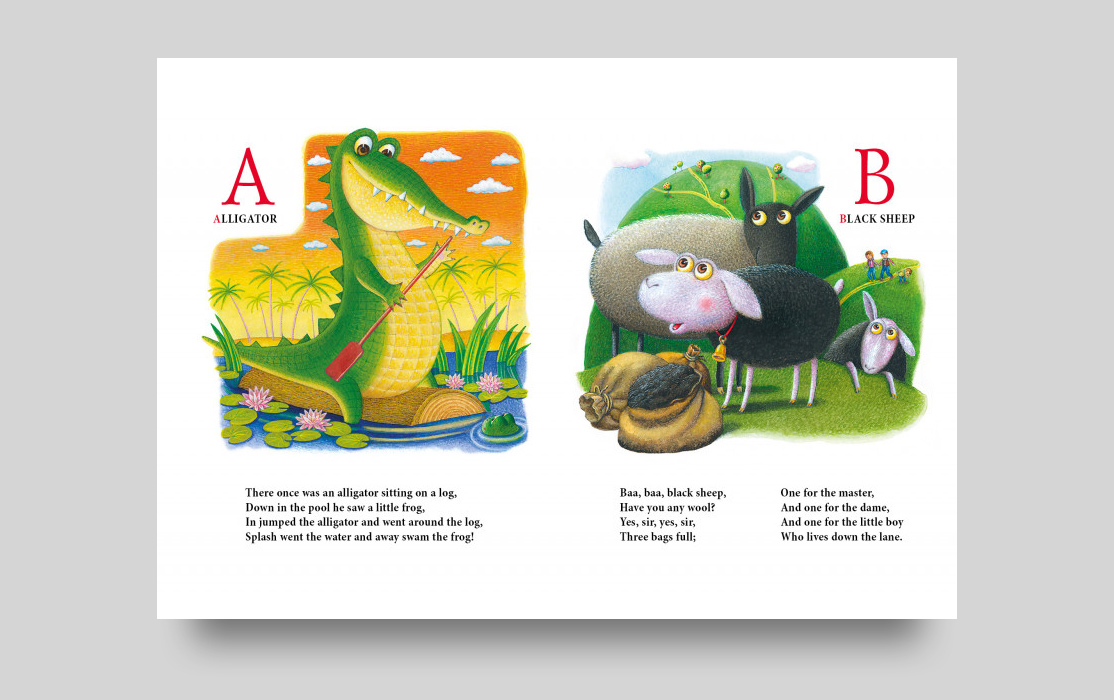 This edition will be a wonderful gift for kids older than a year. It will help learning the alphabet, developing imagination and memory. A-BA-BA-HA-LA-MA-HA books have long become the showpiece of Ukraine, since giving them as a gift and reading them is pure pleasure. 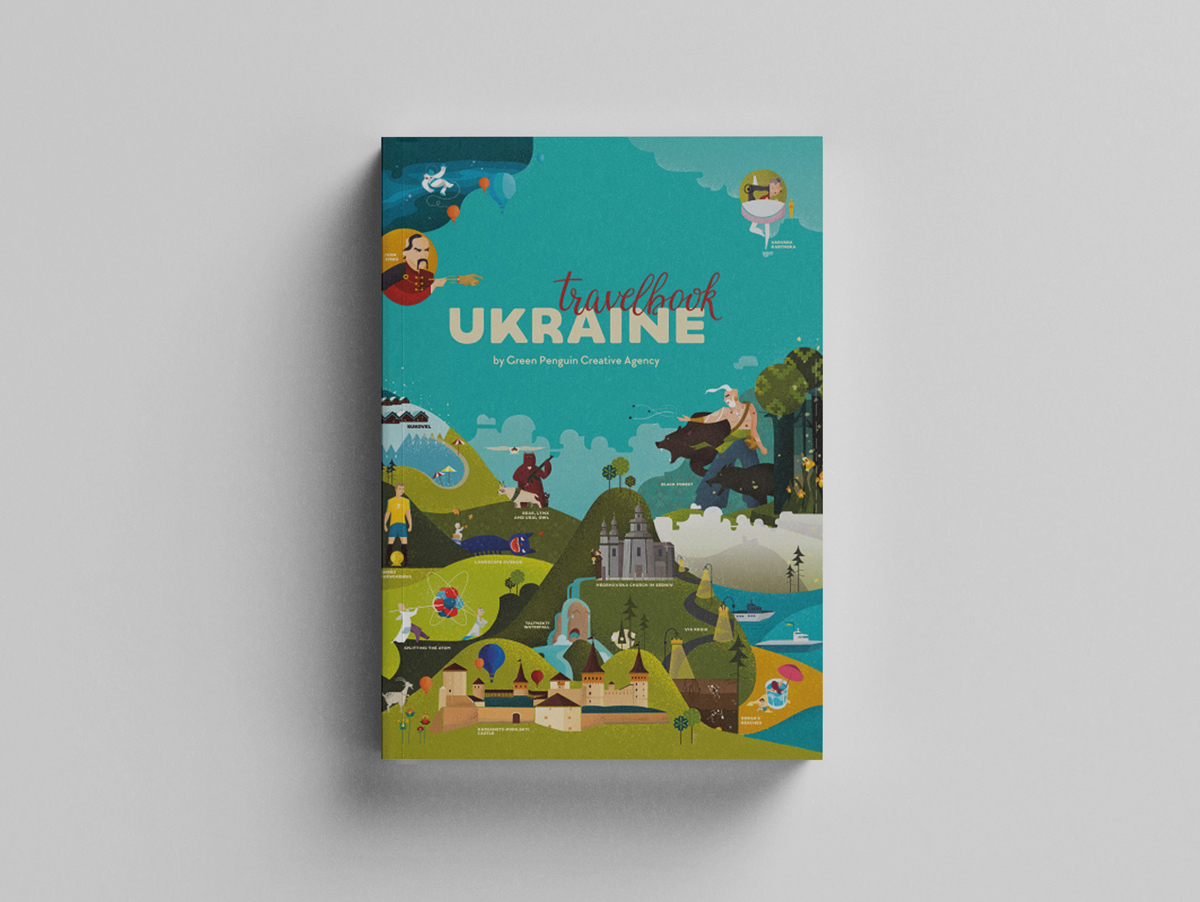 This is the gift edition that’ll help to learn tons of trivia about Ukrainian history, its prominent figures, natural wonders, art, sports, architecture, and science. Though the book is for kids between the age of 9 and 12, it will be a captivating read for adults as well.

Throughout the pages of the book there are facts about Kyiv, Kharkiv, Lviv, Odesa and different regions of Ukraine (from Zakarpattia to Luhansk region, from Chernihiv region to Crimea) and what they are unique at and famous for. Concise texts with over 1 200 facts fuel the interest. And detailed illustrations create an integral, vivid and unforgettable image of the country. 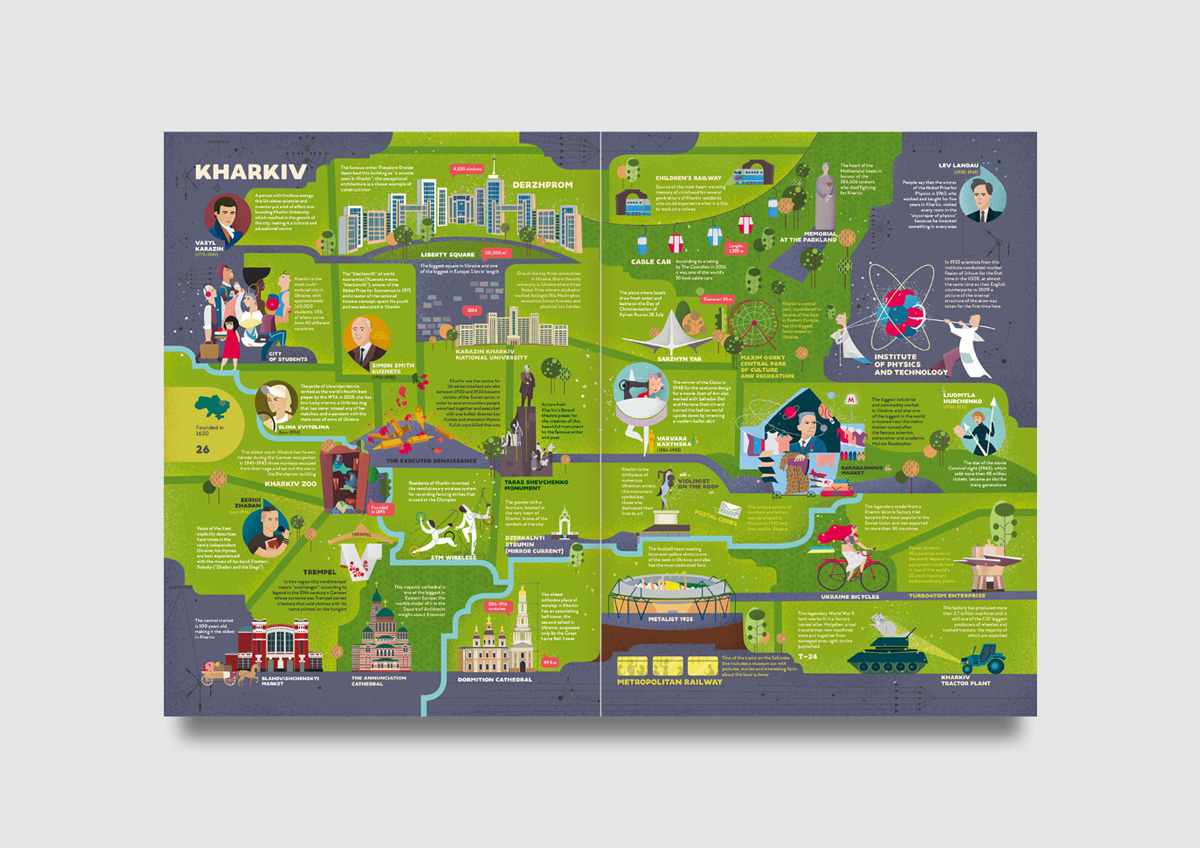 Since its launch the book has turned into a large-scale project. Now it’s also a mobile app and an animation series. Thus, your journey will be more complex and interactive. 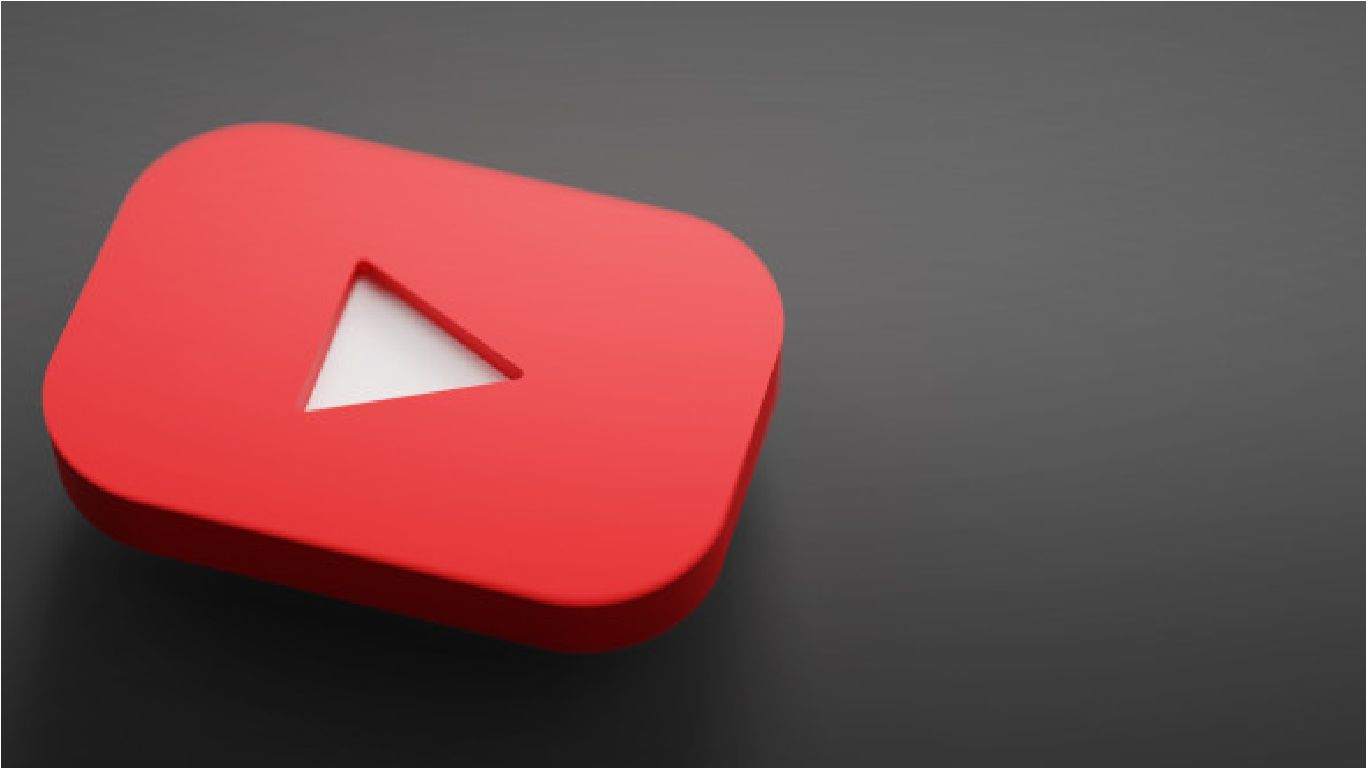 Great russian authors are from Ukraine

Killing, Gaiman, Evaristo: writers from around the world call for donations for Ukrainian refugees