About War and (I’m sorry) Music 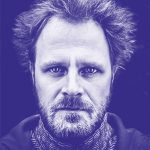 I think that many people, who are (so far) safe, feel something like that. When you, for example, digress to your routine, to something peaceful, domestic, like cleaning the kitchen or cooking eggs. And for a moment you no, you don’t forget about the war, but your brain switches to the usual things.

But then, in a couple of minutes, some trigger goes off, something clicks, you catch a flashback and then again – like falling into the river, like waking from a strange dream to a nightmare – you come back to the reality and shudder from the awareness of the war, realization of what happens.

And every time I repeat to myself, fuck, this can’t be real.

But still it can. It is.

The same happened today. I was busy with the dishes, I made tea, coffee, and smoked. Usually, I listen to music. To something new every five days or so.

Several previous times it was Dark Side Of The Moon, then Physical Graffiti, then Lisenced to Ill by Beastie Boys.

But yesterday, Electric Ladyland by Hendrix happened to play in the kitchen. I haven’t listened to this album for aaaaaages and I have loved it since I was a child.

So I am listening to it, and simultaneously with this click feel like I found myself in a film.

Into the very body of the film. Not like I’m playing a role, but like I am living inside.

This is a strange, hard and inspiring feeling at the same time.

It probably makes no sense now to give advice or recommendations. But, you know, nevertheless, I will.

If you are still in a situation, when you can (so far) listen to music, to your favorite music, do it.

No one knows for how long we still have a chance to do that.