Ukrainian cities must persevere and preserve own architectural identity 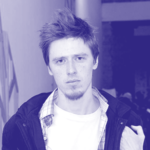 Doubtless, people are what matters the most to all of us,  and it’s deaths and brutal injuries that constitute the most severe toll of war. That goes without saying and doesn’t need explaining – everyone gets that. We know what’s «the most important». It’s just that when it gets to «second» and «third» important, people can break up into different camps and sections. For someone, it’s about personal comfort or financial losses, for someone less – an irreversible loss of time that they had to spend fighting and worrying instead of living their lives.

When I started thinking about this, the lowest loss level, I always mentioned architecture. Houses and cities are not friends with war. Preserving cultural heritage and infrastructure is not about shelling, blasting and bombing. The Russian occupiers are now shelling residential areas and historic centres of Ukrainian cities. The Second World War and other endless wars that took place in this area took a lot from us. Fighting in peacetime with dishonest developers, we hoped to save at least something, but now the situation has become even more threatening.

Russian shells and rockets fall at a dangerous distance from Russian and Baroque churches in Chernihiv, fire on the Syretska TV tower near Babyn Yar, threaten to strike the SBU in Kyiv, located 150-200 meters from Sofia Kyivska, hit the building of the Kharkiv City Council and Karazin University and other facilities that make the face of Ukraine as we know it. And what will happen next, which distractions are still waiting for us – no one can predict.

Russian shells and rockets fall at a dangerous distance from Russian and Baroque churches in Chernihiv, fire on the Syretska TV tower near Babyn Yar, threaten to strike the SBU in Kyiv, located 150-200 meters from Sofia Kyivska, hit the building of the Kharkiv City Council and Kara University objects that make the face of Ukraine as we know it. And what will happen next, which are still waiting for us to destroy – no one can predict.

Restoration theorists consider the restoration of lost monuments of the past and creating life-size new buildings that replicate destroyed buildings to be an unacceptable practice. But it seems that, given our circumstances and the meager amount of preserved cultural heritage, the principles of the Venice Charter should not be an obstacle for us to restore what the occupiers will destroy. After all, this charter was primarily inspired by the experience of World War II.

Since then, the architectural community has done things in cities around the world, experienced a new wave of modernism, postmodernism and came to a modern, synthetic idea of ​​what happened to humanity in the past. For example, I don’t care at all that Mykhailivskyi Zolotoverkhyi was rebuilt in the 90s. He settled down quite normally in the modern landscape, and it is impossible to imagine Kyiv without him. The post-war reconstruction of Warsaw and Frankfurt also attracts tourists and preserves the «spirit» of the old city. So the idea of ​​what a monument is and what we need to do with it during the new, large-scale war in Europe needs at least a rethinking.

Our cities must persevere and preserve themselves. Prince Bogolyubsky successfully destroyed Kyiv and looted temples. The Bolsheviks blew up the capital during the retreat and destroyed a vast number of temples across the country. And now Russian troops are threatening to take away the last one. This cannot be allowed. More than 600 billion frozen assets of the Russian regime, in which case, should go to good causes and the reconstruction of Ukraine.