Frankfurt suspends cooperation with the organizers of the Russian stand 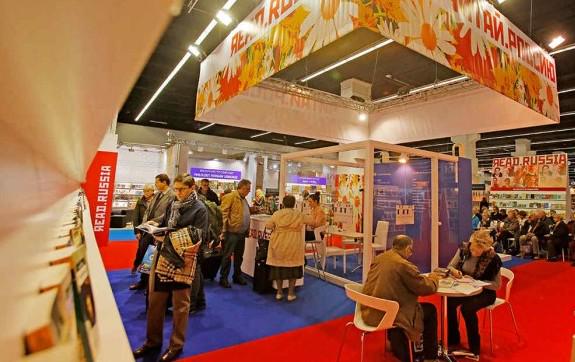 The organizers of the Frankfurt Book Fair have suspended their cooperation with Russia. This decision was announced in a private response to an appeal from the Baltic cultural institutions. 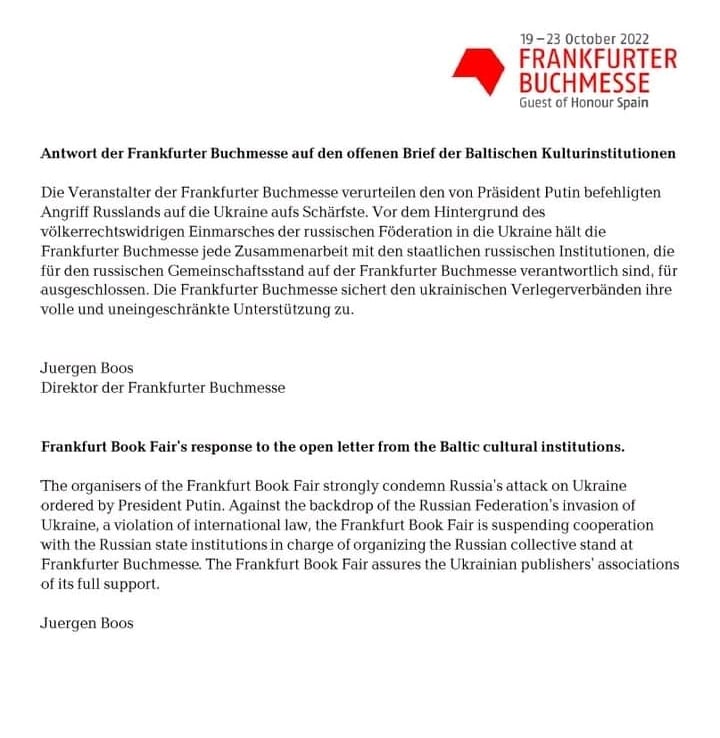 It was announced that 12 cultural institutions of Latvia, Lithuania, and Estonia called on the Frankfurt Book Fair, the London Book Fair, and the Bologna Book Fair to support Ukraine and limit their ties with representatives of the Russian Federation. So far, only Frankfurt Buchmesse has made a response.

«A country that is waging war against Ukraine and its people, including children who are suffering the horrors of war and dying at the hands of the aggressor, a country that tramples on the values ​​of democracy and freedom, terrorizing and openly slandering the peoples of Europe, has no place at fairs that seek to create a peaceful, critically oriented and open world. Culture is a vital foundation of our democratic society, and it cannot be subjected to terror and political hypocrisy», – the appeal said.

The appeal was signed by the following organizations:

The original appeal to the Frankfurt Book Fair is available on the Lithuanian Cultural Institute website.

Also, the Board of Trustees of the German Book Trade Peace Prize and the German Publishers and Booksellers Association has issued a statement calling on the Russians to stop the war.