Frédéric Leclerc-Imhoff, a reporter for channel BFM TV, was killed in the Luhansk region when a bus evacuating civilians came under bombardment by russian troops, the head of the Luhansk regional military administration Serhiy Haidai says.

«Today our armored evacuation vehicle was going to pick up 10 people from the region and came under enemy fire. Shrapnel from shells pierced the armor of the vehicle, fatally wounding in the neck a French journalist who was reporting about the evacuation. A patrol policeman was rescued by his helmet», — Haidai said. He added that the evacuation was suspended due to the situation.

The journalist’s death was later confirmed by French President Emmanuel Macron on Twitter.

«I share the pain of the family, relatives and colleagues of Frédéric Leclerc-Imhoff, to whom I send my condolences. I would like to reiterate France’s unconditional support to those who carry out the difficult mission of informing on the theaters of war», — he wrote.

Frédéric Leclerc-Imhoff had been working for BFM-TV for 6 years. This was his second reporting trip to Ukraine.

28 journalists have been killed by the russian military since the start of russia’s full-scale invasion of Ukraine. 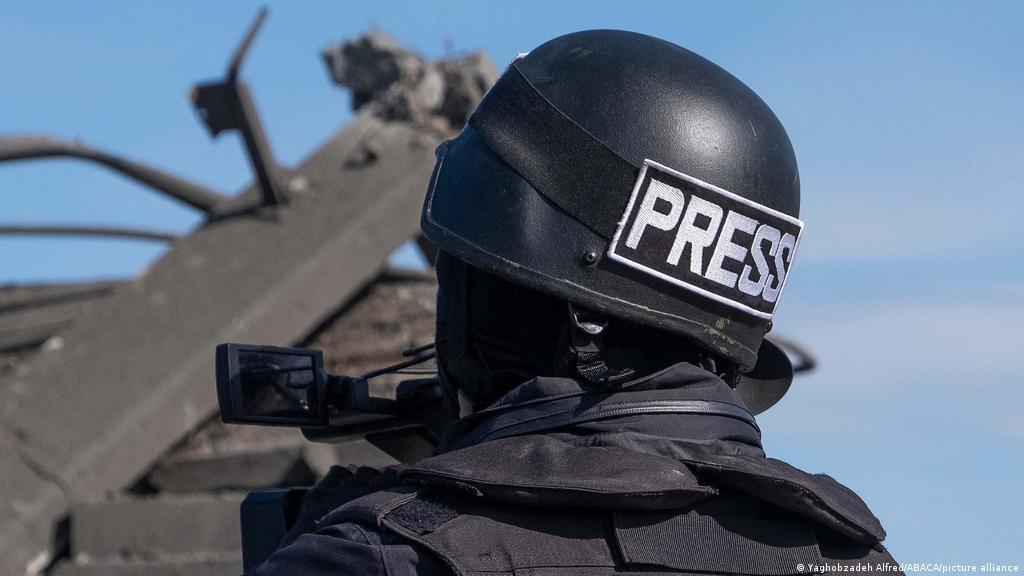