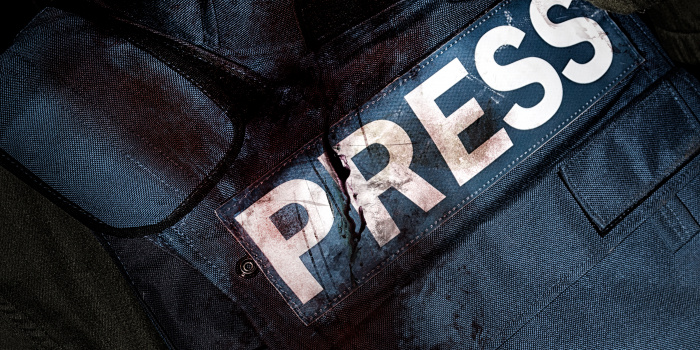 49 crimes against the media in Ukraine, 45 of them by russia, were recorded by the Institute of Mass Information (IMI) in May.

russian crimes against journalists and the media have been recorded in eight regions of Ukraine. Journalists most often risked their lives in Donetsk and Luhansk regions, where one journalist was killed, four were injured, and others came under fire this month. 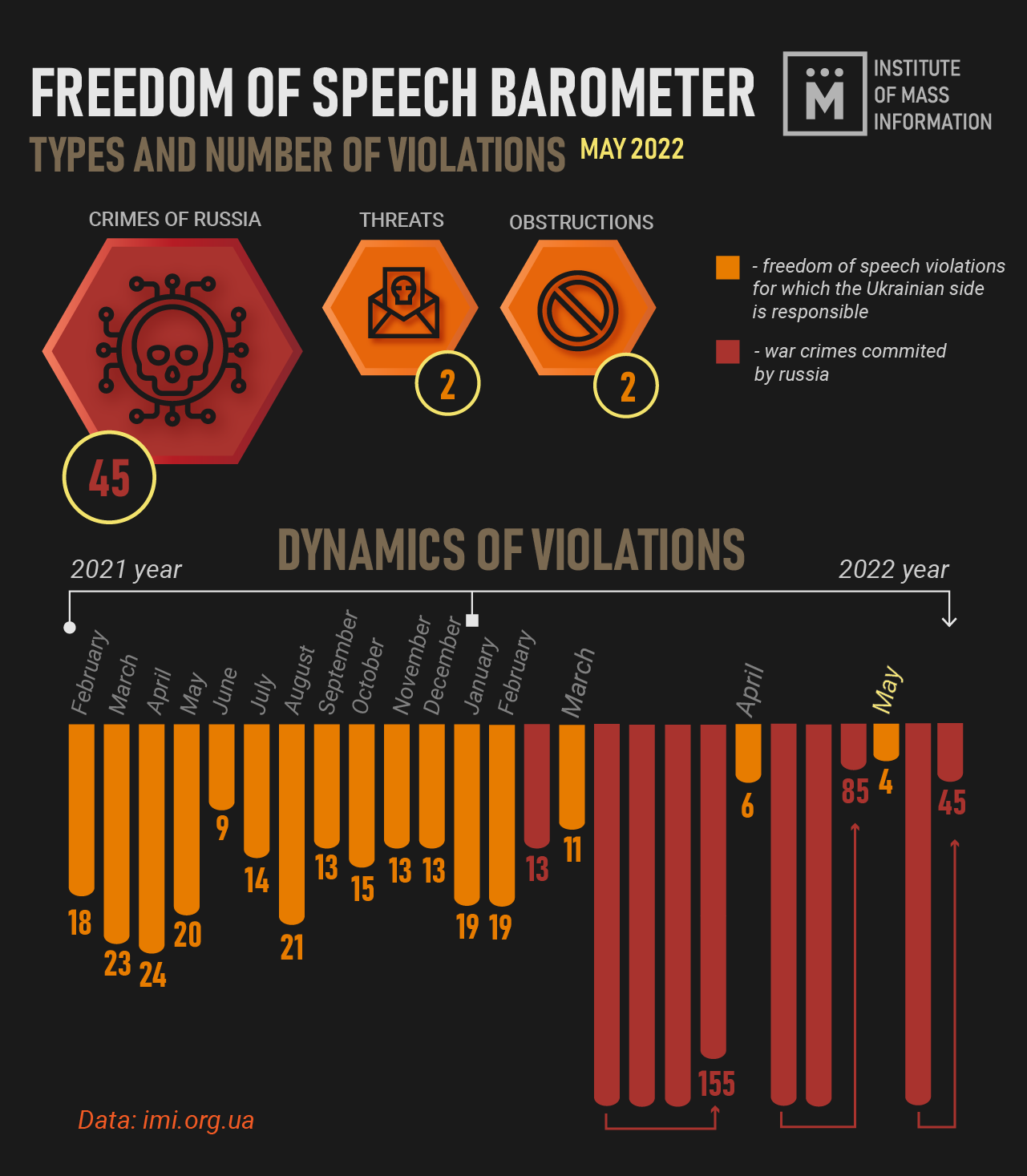 On May 30, journalist Frederic Leclerc-Imhoff of the French TV channel BFMTV was killed by russian shelling in Luhansk region. Two other journalists were injured when they came under russian fire on May 28 near the bridge to Severodonetsk (Luhansk region).

During the month, fournalists from Hromadske, the Estonian TV channel ERR and newspaper Postimees, the German newspaper Welt, Zaborona, AFP, TSN, Radio Liberty, and ICTV came under russian fire in the Donetsk, Luhansk and Kharkiv regions.

Journalists received threats from russia. These were mostly letters sent to editorial emails threatening them with trials, imprisonment, accountability for “russophobic fakes” and advising them to pack warm clothes for Siberia. The russians continue to carry out cyber attacks on Ukrainian media websites.

The four recorded cases of violations of freedom of speech for which the Ukrainian side was responsible involved physical aggression against journalists: obstruction and threats in the Rivne region, Kropyvnytsky, Chernivtsi and Zaporizhzhia.

In March, russia committed 155 crimes against the media and journalists in Ukraine. As of March 19, 28 journalists have been killed at the hands of the russian invaders.