Foreign media suspends work in Russia over the law about «fakes» 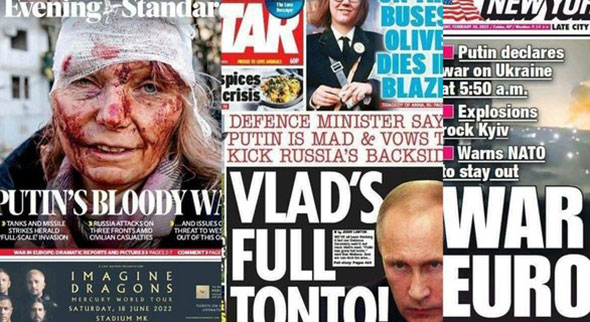 American Bloomberg News, CNN, CBS News and BBC, Australian ABC News, Canadian CBC are suspending their journalist work in Russia due to the adoption by the Russian State Duma of the law on «fakes». This was reported by the media on their pages.

In addition, The Washington Post decided to remove staff names on stories produced by reporters in Russia.

«In response to Putin’s threats against reporters in Russia, the @washingtonpost will remove bylines and datelines from stories produced by our journalists in Russia. The goal is to ensure staff’s safety».

Foreign broadcasters also note that the decision is related to the safety of their employees, and further work is needed to assess the situation.

Responding to the legislation passed by the Russian authorities, BBC Director-General Tim Davie said: «The safety of our staff is paramount, and we are not prepared to expose them to the risk of criminal prosecution simply for doing their jobs».

Bloomberg Editor-in-Chief John Micklethwait said: «The change to the criminal code, which seems designed to turn any independent reporter into a criminal purely by association, makes it impossible to continue any semblance of normal journalism inside the country».

It should be recalled that on March 4, Russia’s State Duma passed a law on fakes, imposing a jail term of up to 15 years, as well as fines for spreading intentionally «fake» news about the actions of the Russian military in Ukraine

Earlier, a number of foreign media suspended their work in Russia. Russia’s communications watchdog Roskomnadzor (RKN) blocked access to the website of the independent television channel Dozhd (TV Rain) at the request of the Prosecutor General’s Office, and the board of directors liquidated Echo of Moscow and the radio station’s website.