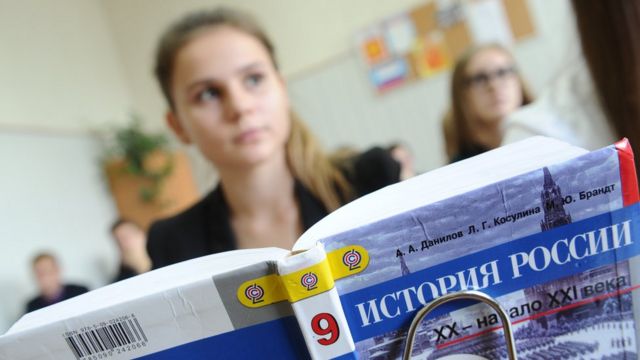 Lesson guides from the russian ministry of education for propaganda in schools stress that the russian soldiers fighting against Ukraine are heroes, russian history teacher Andrei Shestakov told Reuters.

According to Shevtakov, the guides also say Ukraine’s rulers made common cause with people who collaborated with WWII Nazis.

Teachers are also supposed to spread propaganda that the West is trying to spread discord in russian society and that russians must stick together.

The materials also repeat the narrative that Ukraine was the invention of Bolshevik communist russia.

The files were shared in a WhatsApp group chat for history teachers.

«The files – which Reuters reviewed and contain dozens of pages of documents and presentations as well as video links – are instructions on how to teach teenage school children about the conflict. It’s unclear who shared the files to the group chat, but many of the documents carry the crest of the education ministry in Moscow», – says the Reuters report.

According to Reuters, teachers throughout russia received the same or similar teaching guides on propaganda. The agency referred to two teacher’s union officials, two other teachers and social media posts from two schools that reported they had taught the lesson modules.

«Olga Miryasova, an official with a trade union called Teacher, said regional education authorities circulated the teaching guide Shestakov received to multiple schools around the country. One of the teachers said they received a different teaching pack from the one Shestakov did, though it contained similar content».

Russian teachers have received guidelines on how to explain the war against Ukraine to students. They say «Ukraine as a state appeared on the world map only in the XX century», russians and Ukrainians are «one nation», and that in 2014 «there was a coup in Ukraine» that the Donbas region was against and that’s why russia is now «helping» this territory. The guidelines claim that russia does not plan to occupy Ukraine and will not impose «anything on anyone» by force.