The shell hit under the roof and started a fire that engulfed the entire museum.

As a result of the shelling, the museum director’s 35-year-old son, who was guarding the building, was wounded. He was pulled out from under the rubble and sent to the hospital with a leg injury.

The museum’s collection was not damaged – it had been moved earlier to protect it from russia’s hostile actions to destroy Ukraine’s cultural heritage. 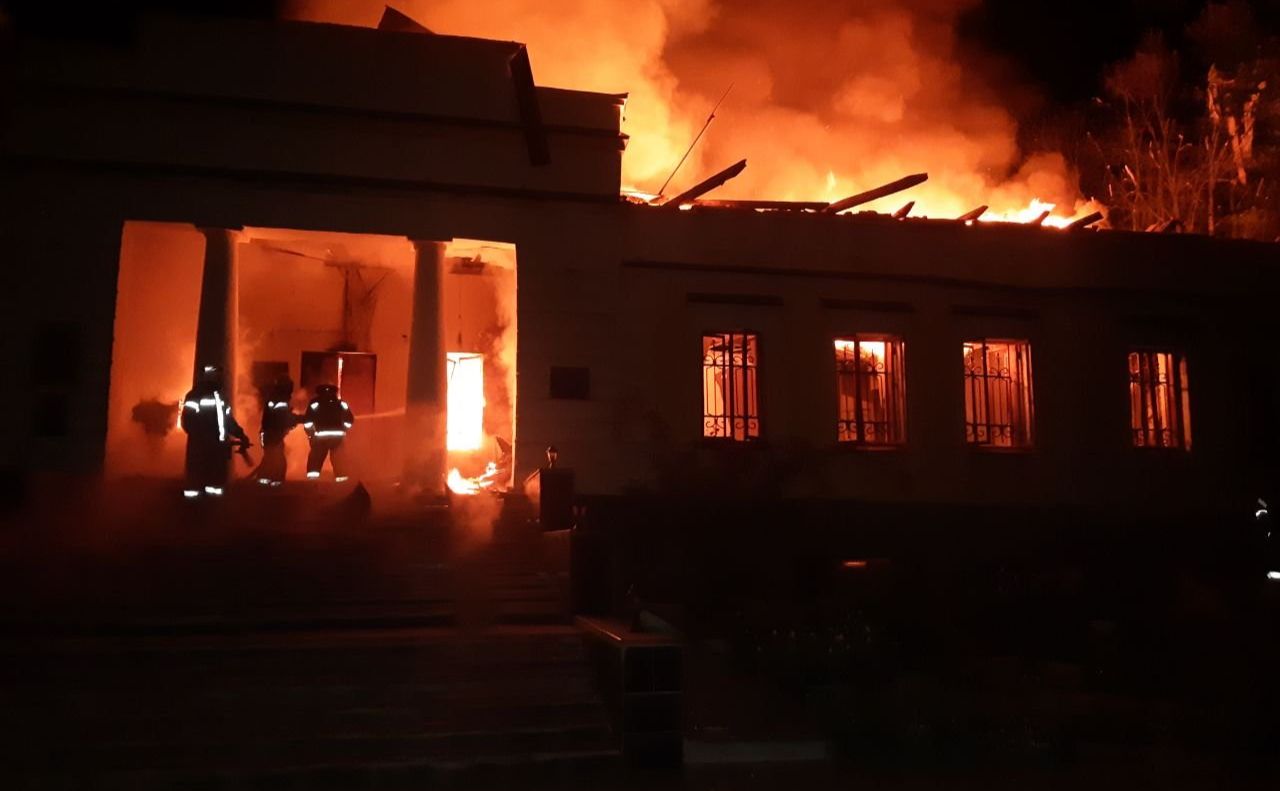 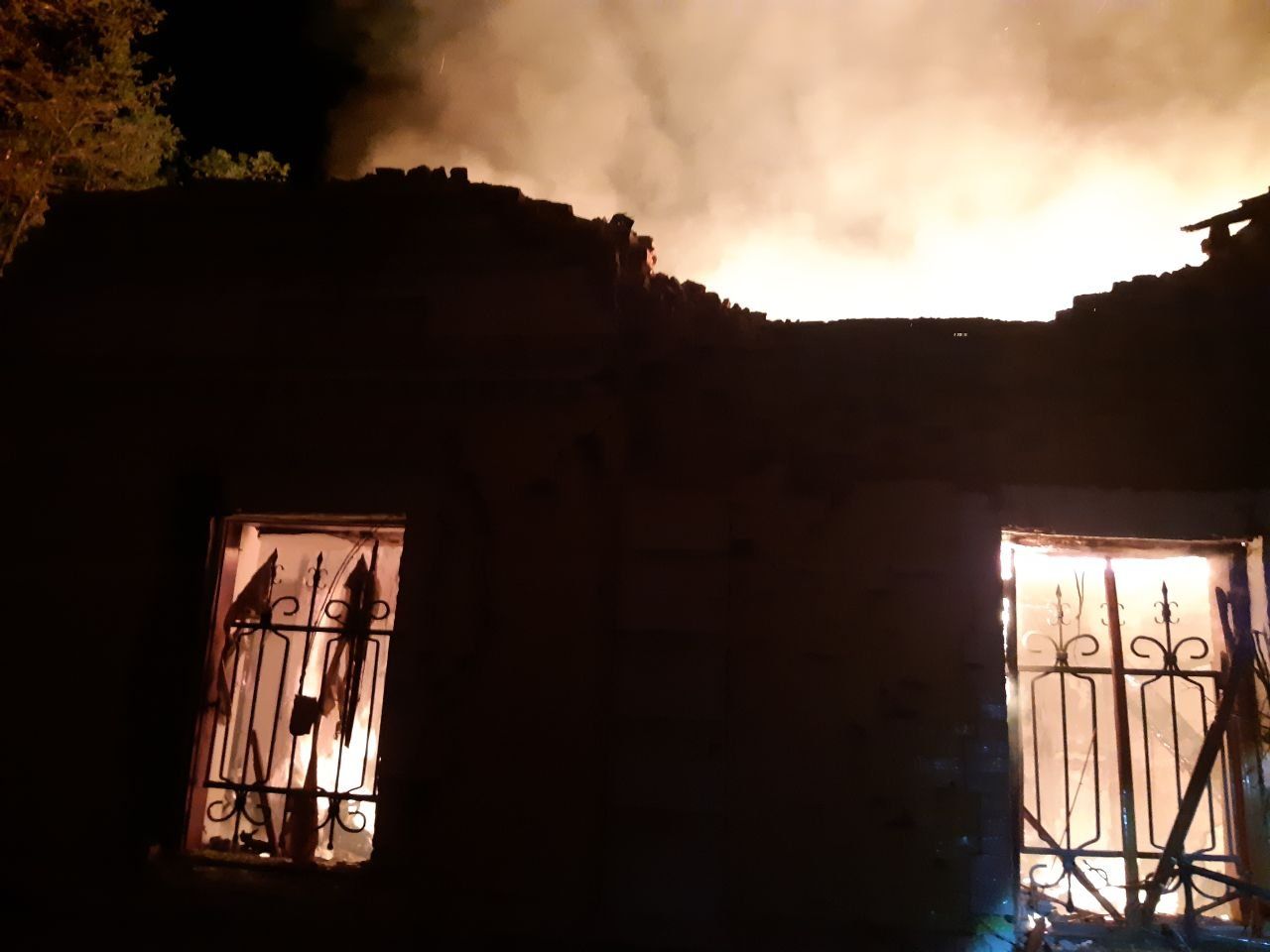 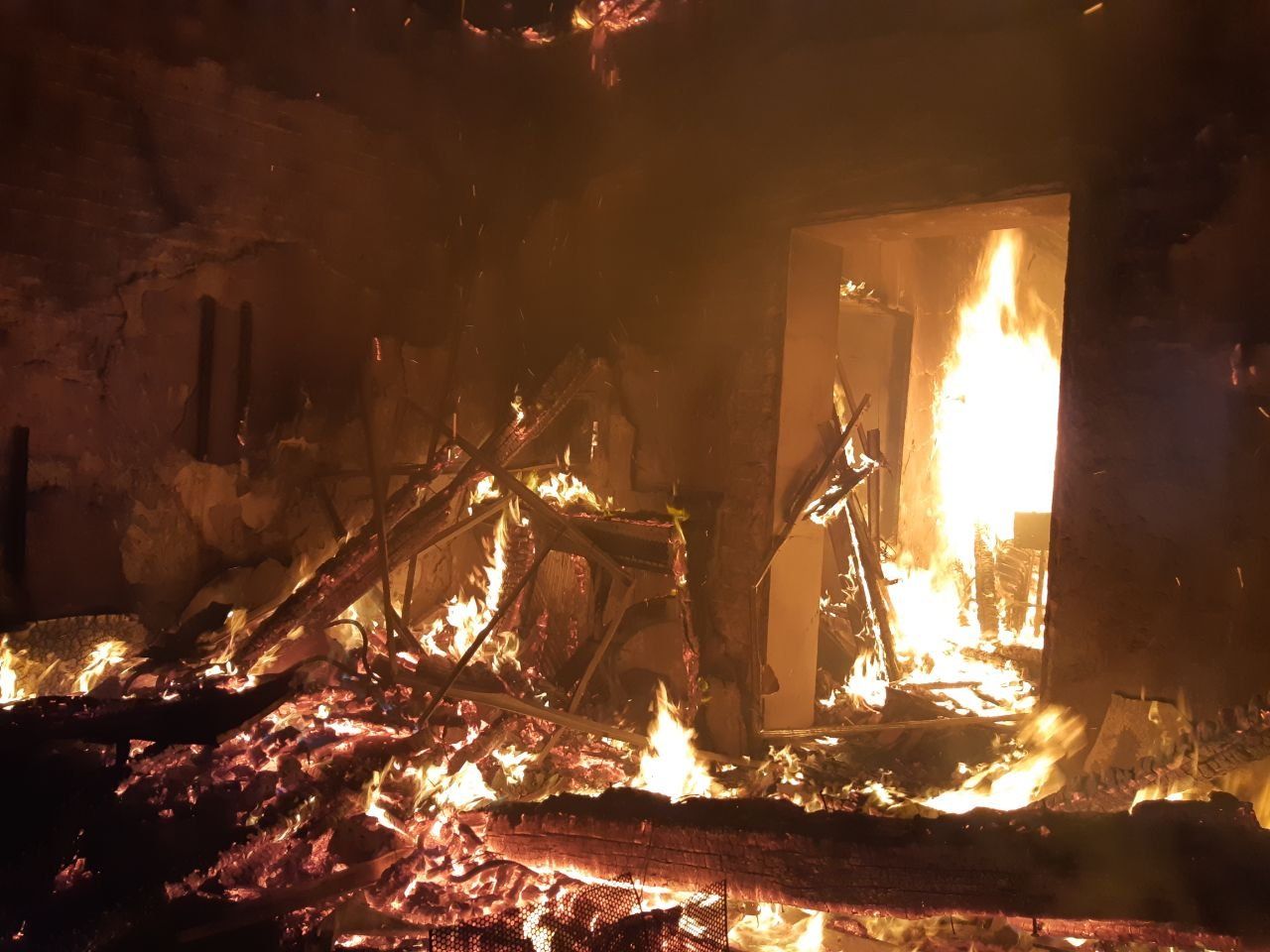 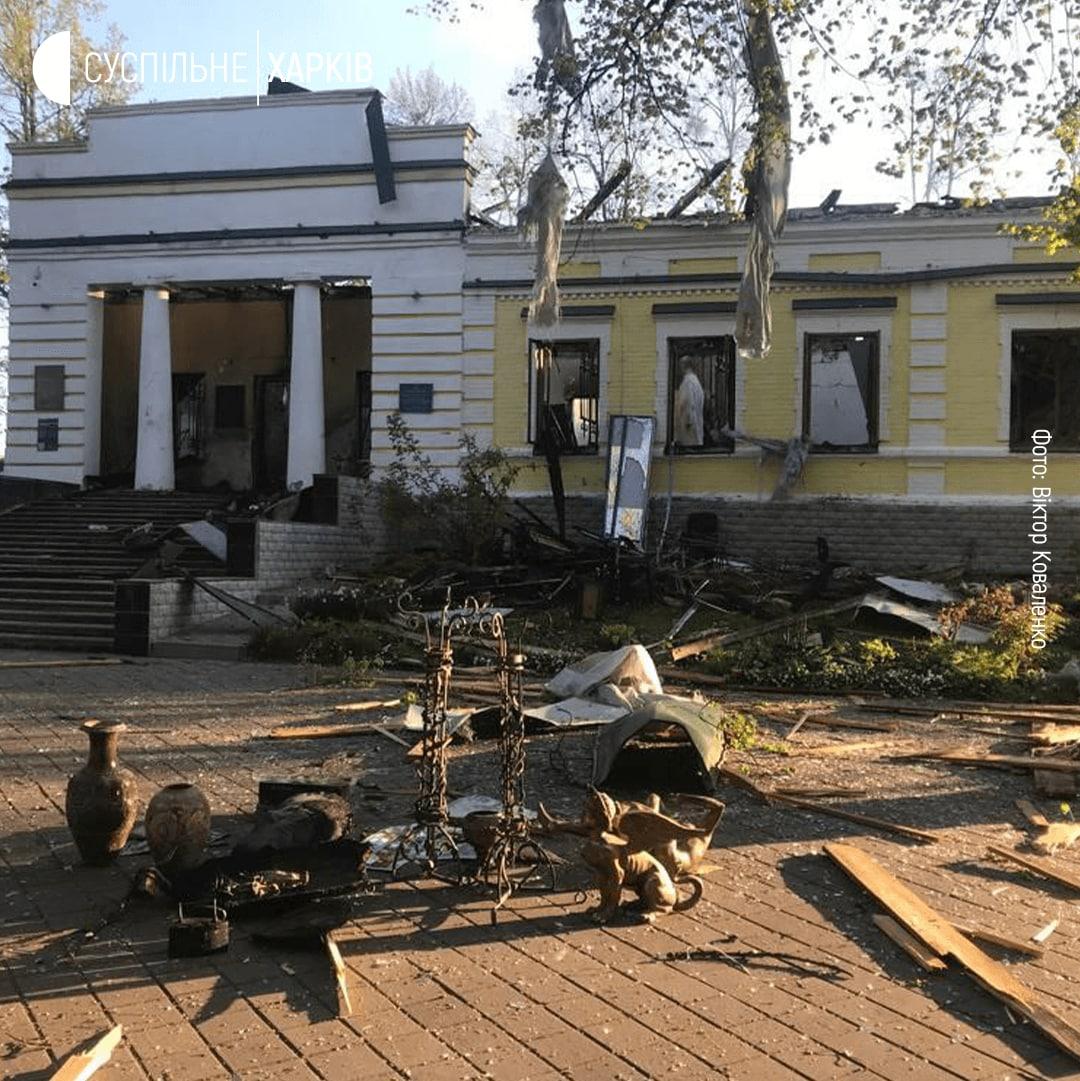 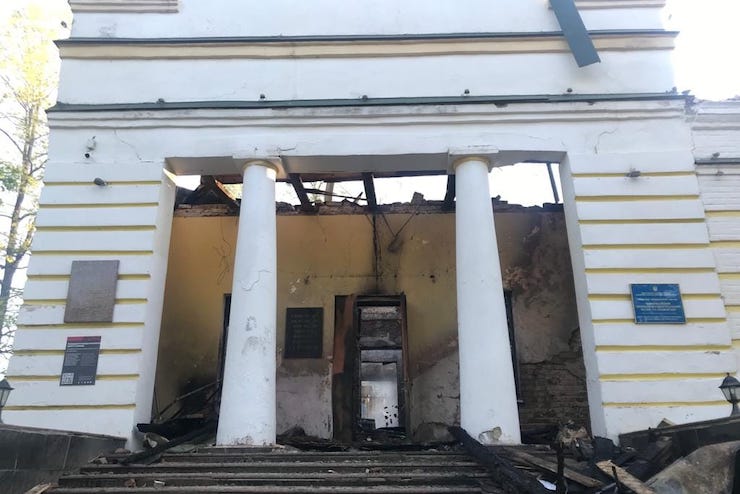 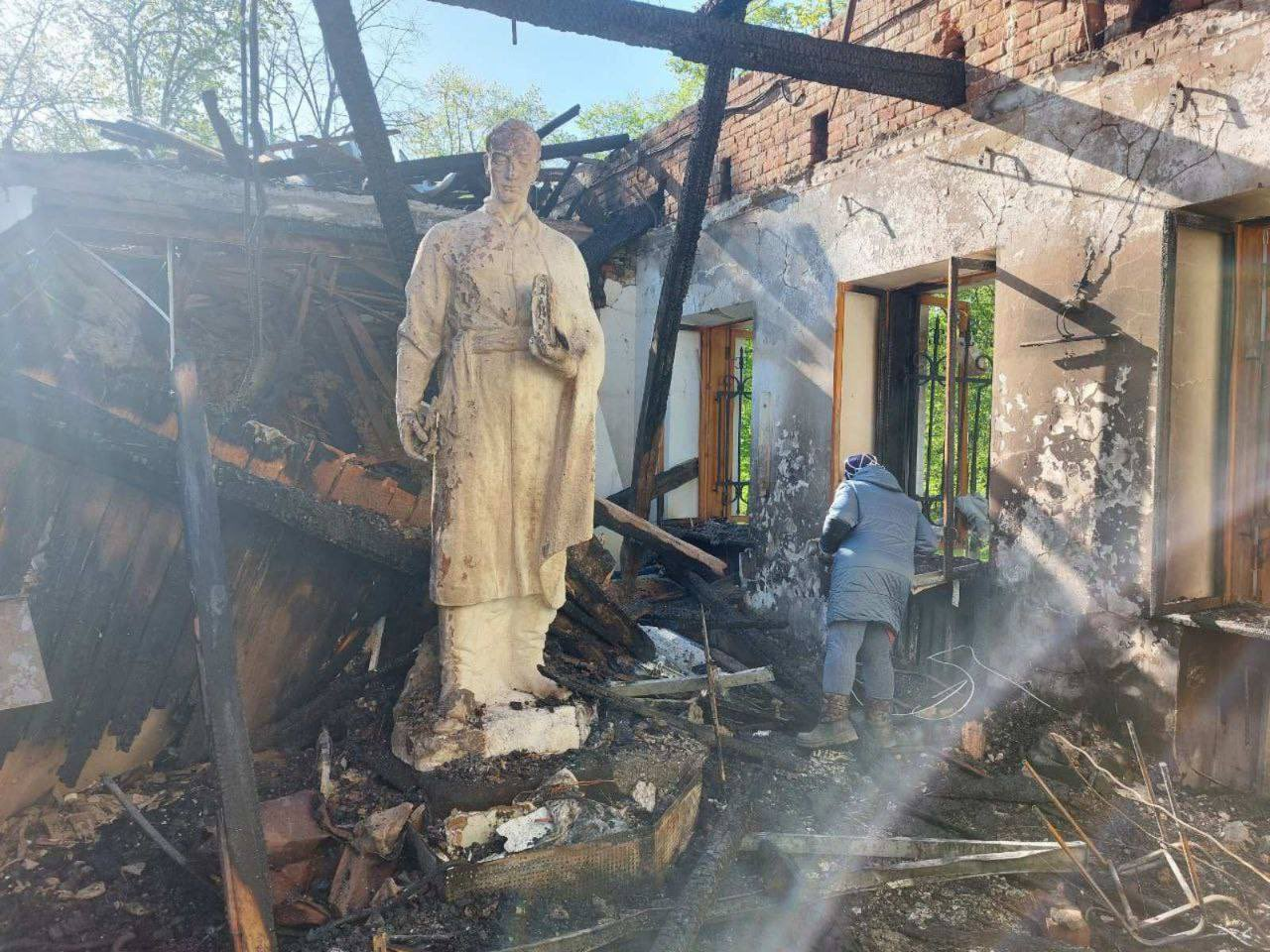 Hryhoriy Skovoroda, (3 December 1722 – 9 November 1794) was a Ukrainian philosopher. He was also a poet, teacher and composer of liturgical music. His significant influence on his contemporaries and succeeding generations and his way of life were universally regarded as Socratic, and he was often called a “Socrates.

The museum was located in an 18th century estate in the village of Skovorodynivka where Hryhoriy Skovoroda worked during the last years of his life and was buried.

2022 marks the 300th anniversary of the birth of Ukrainian poet and philosopher Hryhoriy Skovoroda. On this occasion, the public broadcasting channel UA: CULTURE announced a competition to create a film about the Ukrainian philosopher.

The Hryhoriy Skovoroda Museum was one of the cultural landmarks that was to be restored as part of the government’s Great Restoration program.