The Ukrainian Book Institute (UBI), with support of the Federation of European Publishers (FEP), has launching a crowdfunding campaign to collect money to print Ukrainian children’s books in Europe.

The city of Kharkiv, Ukraine’s printing hub, has been heavily bombed by russian forces, resulting in the need to print books abroad.

«These Ukrainian books will allow children to be entertained while keeping the link with their homeland», – said FEP.

The initiative was announced at the Bologna Children’s Book Fair, which took place on March 21-24. 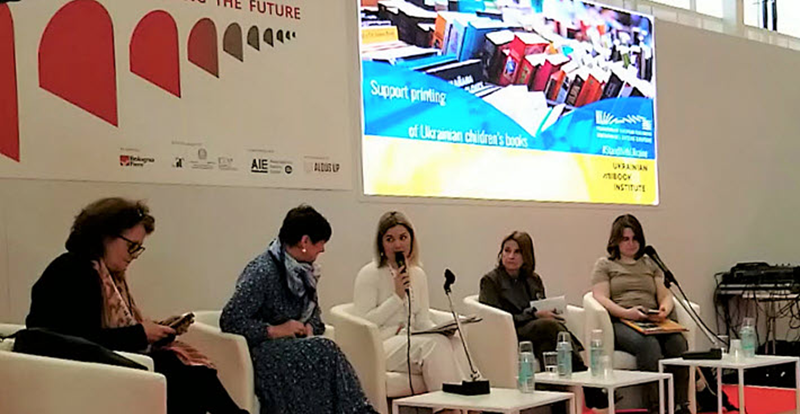 Peter Kraus vom Cleff, President of the Federation of European Publishers and Ricardo Franco Levi, Vice-President and President of the Italian Publishers Association, said: «In this terrible time of the russian invasion of Ukraine, our friends and colleagues from the Ukrainian Book Institute asked us to lend support to collect money to continue printing Ukrainian books and distribute them to children. It is clear that it is our duty to help our fellow publishers in Ukraine and to make it possible for Ukrainian children to have access to books. It is important for the book world to show solidarity».

All the money collected will be managed remotely by UBI.

A special stand was set up at the fair with Ukrainian children’s books that publishers brought with them as a sign of solidarity with Ukraine during russia’s war. Ukraine presented an empty stand-manifesto at the Bologna Fair to draw international attention to the war and to urge support for Ukraine in its battle against russia.

You can donate to the initiative here

Earlier this month, the Federation of European Publishers invited their Ukrainian colleagues to future meetings as honorary guests. They also expressed support for Ukrainian publishers and urged them to continue publishing books.